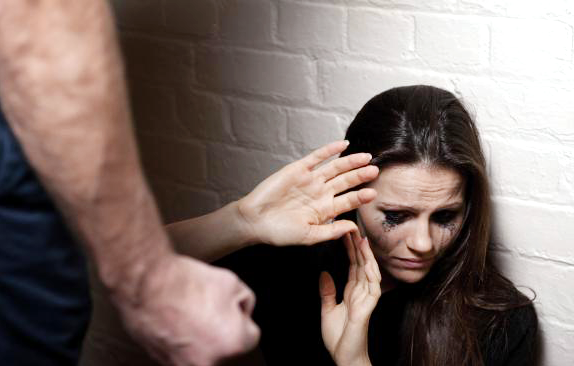 October is domestic violence month, a time to bring awareness to an issue that many live with daily and to encourage victims to seek help.

OCCC student Elizabeth Ting, whose name has been changed for privacy, got that help and is now sharing her story to encourage others to do the same.

When things turned for the worse, she said, she stayed and endured it.

“That’s what I thought a relationship was supposed to be because I had never experienced one before,” Ting said.

Then, she said, the relationship began showing signs listed as warnings of potential abuse by the National Domestic Violence Hotline.

Ting said when she first met the man who became her husband, he opened up about his prior drug use.

She said she was open to forgiving him and starting anew. Ting said she told him it did not matter what had happened in the past because she believed people can change. However, she told him if he ever used again, she would leave him.

That day came and when her husband arrived home from work, Ting told him she was leaving.

“The turning point was he took my keys, he threw them — chucked them — out into the woods and said ‘You aren’t going anywhere’,” she said.

“That was a whole different side of him that I had never seen.”

That’s when the physical violence started, she said.

“I had told everybody I had fallen down the stairs,” Ting said. “Everything was supposed to be perfect so I was embarrassed and ashamed.”

Ting’s only witness was her daughter, who was 3 years old at the time.

“She was the only one who knew,” she said. “My oldest daughter knew because she would have to help feed me and help me get dressed because I didn’t have use of my arms.”

According to the YWCA, one-third of all domestic violence homicides are witnessed by children.

For the next five years, Ting said, she suffered physical, mental, emotional and sexual abuse from her husband.

Ting’s abuse eventually culminated in her having a nervous breakdown.

“It just built up so much,” she said.

“I couldn’t walk. I couldn’t talk. My body had shut down from the stress.

“That’s when he took me to a mental hospital, dropped me off and left me there.”

Ting’s husband called her daughter’s preschool teacher and asked her to come take the children. The teacher contacted Ting’s mom who took care of her children while she was away.

“Those two weeks in the mental hospital were the best two weeks of my life,” she said.

During her stay at the hospital, Ting said, she finally realized she had the strength to leave her abuser.

Oklahoma City YWCA Coordinator Rachele Eskridge said those who experience sexual assault and domestic violence can get help like Ting did through their local YWCA and other agencies.

Those who are in immediate danger should call 911 for help.

She said those who are not in immediate danger can call either the 24-hour YWCA Domestic Violence Hotline at 405-917-9922 or their Sexual Assault Hotline at 405-943-7273 to schedule an intake appointment.

Immediate housing, transitional housing and counseling services for adults and children also are available through the YWCA, according to ywcaokc.org. Eskridge said the center offers a number of services.

“The YWCA is the domestic violence, sexual assault and stalking crisis center for Oklahoma County,” she said.

“Anyone who has been harmed through domestic violence or sexual assault can get a medical exam for free to make sure they are OK.”

Ting said she encourages anyone who is experiencing abuse to speak out.

“There are people out there that will help.”