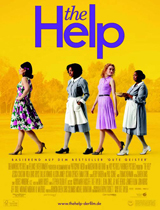 “The Help,” a best-selling novel by author Kathryn Stockett, was recently turned into a movie of the same name.

The story focuses on race relations between what was then considered the Southern upper-class white society and lower-class African-American society in the 1960s.

Aibileen Clark, the maid plus nanny, is one of the main characters of the movie.

She has to deal with raising well-to-do Caucasian children while also dealing with the earlier loss of her son.

Skeeter is one of the children Aibileen raises. The young girl grows quite fond of Aibileen and considers her to be a dear friend.

When an adult Skeeter returns home from college and goes to work for a newspaper, she decides one of her story subjects should be about the relationship between hired help and their employers.

She approaches Aibileen who reluctantly agrees to interview with Skeeter and eventually, convinces many of her fellow hired help to follow suit and talk to her as well.

The ensuing secrets and major hits to social standing that emerge become much more than the 1960’s South can bear.

All hell eventually breaks loose — mostly because of the many of the hired hands exposing their employers.

Many critics are saying this movie is racist because it shows African-Americans in a subservient role.

Others are saying it is the best movie they have seen in a long time.

This is a very good movie which does focus on a negative time in American history but one that should not be missed out on because it is a story that needs not to be forgotten.

An added major plus in the movie is its list of some Hollywood bigwigs such as Cicely Tyson and Sissy Spacek.

Acting and writing are superb in this movie so if you feel like you can sit through seeing how life really was for the African-American servants of the 1960s south, this would be the movie to see.