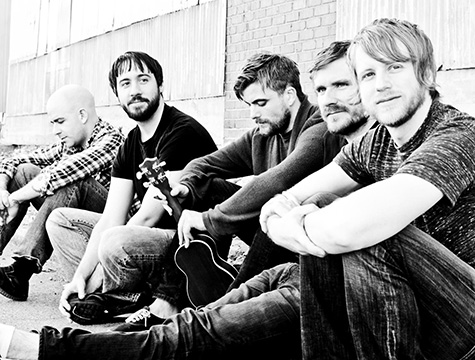 Alice in Chains, Jane’s Addiction, Coheed and Cambria, and Circa Survive rocked the main stage at this year’s Kattfest, putting on one of the best shows I’ve seen.

Progressive rock band Circa Survive was the first band on the main stage. They were the main reason I was willing to splurge on a VIP ticket and they did not disappoint.

While they weren’t the main attraction for the majority of Kattfest goers, their performance made the whole concert for me.

The band’s music is diverse and definitely showed in this incredibly dynamic performance.

They started the show off right with their upbeat oldie-but-goodie “Oh, Hello” from their debut album, “Juturna.”

Green pumped up the crowd with this fast-paced song and got to show off his ability to go from screaming to high notes like it’s nothing.

The band kept up the pace going straight to “Sharp Practice” off of their newest self-released album, “Violent Waves” and then to another “Juturna” oldie, “Holding Someone’s Hair Back” where Green’s soul-splitting lyrics pierced the crowd in the best way.

The band kept up the energy by throwing it back to their older album, “On Letting Go” with “In the Morning and Amazing.” The fast tempo and transitions provided the best sound to rock out to.

The band threw a curveball with their next song, “The Lottery,” which heightened Green’s vocal abilities and stimulated the audience’s every sense with its perfect mixture of dark, passionate and vibrant sound.

The band chilled things out a bit with “Brother Song,” which focuses on intimate lyrics and spacey guitar riffs.

The band left the crowd pumped by finishing their set with the appropriate both lyrically and rhythmically — in-your-face song “Get Out” from their third album “Blue Sky Noise.”

The band’s short, seven-song set left me wanting more yet very satisfied with the performance they put on.

Lead man Anthony Green gives his all when he is on stage. His high energy and free movement paired with his electrifying tenor voice is enough to make my heart skip a beat.

Bassist Nick Beard, guitarists Colin Frangicetto and Brendan Ekstrom, and drummer Steve Clifford work together in such a way that their music just thunders off of the stage.

Circa Survive is a highly underrated band. Anyone who hasn’t seen at least one show is missing out. I’m looking forward to my next opportunity to see Circa Survive live and highly anticipate their next album.