Rock ‘n’ roll is a tough business. The pressures on artists are many. The need to constantly tour far from home, the temptations of drinking and drugs, and the need to produce commercially viable songs when record sales have been slumping for years can crush a band physically and sap the creative spirit.

Creating one good album in this environment is an accomplishment. Producing great music album after album, year after year, like the band Built to Spill does, is a test of endurance few bands can pass. Since the early ’90s, the band has kept up a fairly steady schedule of touring, while consistently releasing a new album or EP every couple of years. 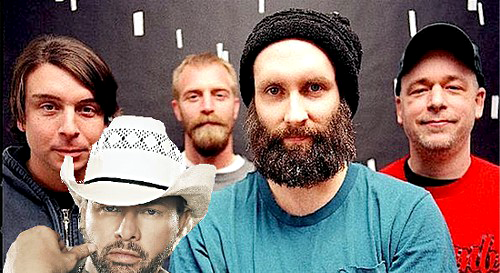 This reviewer has seen Built to Spill live twice. Both times they were amazing.

The band looks pretty plain — a handful of guys in T-shirts and jeans — with no frills or special effects. It is an act from the school of indie rock that says music is what matters, not its packaging. The set up is simple — some guitars, bass and drums — but the result is always amazing.

The band lineup has changed over the years. Members come and go, and some come back.

The one constant is the singer and primary song-writer, Doug Martsch.

At first, Martsch looks like another aging rocker with hair getting thinner and beard ever more gray, but watch him perform and you realize that he isn’t so much playing and singing as committing an act of sorcery.

The rituals of music are gradually transforming him from an ordinary young man into some sort of wizard, a musical Gandalf or Dumbledore, wise and melancholy, and ferocious, with the power to move an audience.

Maybe the most impressive about Built to Spill is its stylistic continuity. Other musicians who have been around as long have completely changed their sound. Think Radiohead’s early rock versus its later electronic sound, or Nine Inch Nails versus Trent Reznor’s soundtrack work.

In contrast, Built to Spill has maintained a consistent, but still fresh, sound that can only be described as magic.