All music is good music 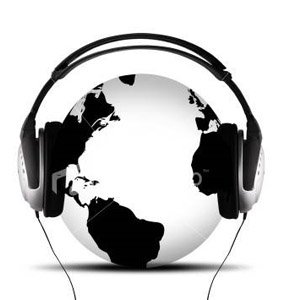 Anyone who knows me well enough knows that there’s one thing I love more than anything else – it’s music!

For as long as I can remember, I’ve enjoyed a range of genres and artists, and at this point in my life, I feel like I’ve become very well-versed in knowing the this-and-that and ins-and-outs of the music scene. Of course, I’ve gone through phases with my musical interests.

I was raised on the country music that’s considered “classic” these days, meaning it mostly comes from sometime between the late sixties and early nineties.

There was the boy-band and Britney Spears hey-day of the nineties, which I gladly took part in. Sometime after that, I went through a series obsession with 60s rock and pop music and I owned more Beatles merchandise that I knew what to do with. There was a brief period where I bought ABBA albums and nearly built a shrine to Bob Dylan in my room.

Then came the gloomy emo-rock fusion of my youth, accompanied by a fixation with band t-shirts, hot topic, and heavily pencilled eyeliner. My young adult life was ushered in by a transition to experimental, underground indie music. I’ve been too cool to listen to the radio, too clueless to understand how to find artists whose music wasn’t being circulated in the Top 40 chart.

I’ve been there, done that, and all in all, I think I’ve come out of it pretty knowledgable. And I’ve come out of it with an appreciation for a lot of bands and musicians from different genres. Among my peers, however, and especially among my social circle, there’s a bit of music snobbery that has really started to annoy me.

If I have to hear one more conversation about what constitutes good music and what doesn’t, I might just give up on being a social animal and take up being a hermit.

It seems that within the past decade or so, there’s become this big push – and the push says that if something is played on the radio or considered pop music then it’s worthless, or trash. (Obviously, the latter isn’t true – it’s popular music for a reason, people. Obviously someone is consuming it.) It might be totally uncool of me, totally not indie or totally not punk rock to come to the defense of pop music but I really don’t care.

Nothing annoys me more than when I ask someone what kind of music they listen to and they say, “Everything. Except for rap, or country, or anything except what’s played on the radio, or anything that I can buy on vinyl, or anything as long as it was recorded in someone’s basement 12 years ago and only 3 other people on the planet know about it…”

It seems that we’ve got some pretty impossible qualifiers for what’s considered good.

I love chilling out and listening to Bon Iver as much as the next indie chick who likes reading Murakami and enjoys being surrounded by cats and thrift-store clothes but if it’s a Friday night and I’m about to hang out with my friends, I’m not going to turn on some slow folksy ballads to sooth my soul because a) I’ll probably cry and b) ZZZzzzZZzz. I’m going to turn on something that gets me geared up, pumped up, ready to go! And there’s no reason any of my super indie friends should try and shame me for it.

If you’re a super indie friend to someone, this is me telling you to stop being a music supremacist. Because what music you listen to isn’t an indicator of how intelligent you are, how deep your emotions are capable of running, and it honestly doesn’t make you any more relevant or superior than someone who listens to Justin Bieber. (Just for the record, the Biebs had the right idea with Somebody To Love. It’s a real banger. Thanks, Justin.)

So what makes for “good music”? I’m here to tell you that it doesn’t matter how many people know a band or artist, how many views they have on their YouTube channel, or how often their songs are played on the radio. What makes music good is what it does for the person listening to it.

The only kind of “good” music is the music that someone, somewhere enjoys.