I don’t have much love for the Founding Fathers. Simply because this nation they built wasn’t build for me. It was never part of the plan for me to be nearly as far as ahead as I am.

The Constitution wasn’t written for me. At least in my opinion. 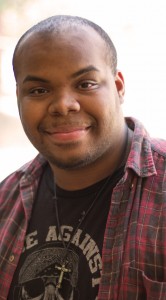 But I believe as I always have that humanity is a multitude of things. Things are never black and white. I like to imagine some of the men that sat in that room. The room that would inhabit the ideas and words that would define a nation for generations to come.

I like to believe someone thought of me and my people and the many who came to this nation seeking the same asylum they sought. I like to imagine the phrase “All men are created equal” truly meant something to one of them. But they knew they would be outnumbered and that this idea would never live out it’s true meaning. So this person sowed seeds where they could. Deep in the subtle whispers of certain laws and in the hearts and minds of Americans.

The concept of protesting is as old as this country and is the backbone of American thinking. I am free to speak my mind and not be persecuted for it. You can disagree, but it is my right to speak and protest whoever and whatever I want so long as it is peacefully. This is what the revolutionaries wanted more than anything else, and they died to achieve it.

Colin Kaepernick is a football player and great many other things as well. But before he is any of those things he is an American citizen and a human being. It doesn’t matter how you feel about his protesting, well not enough to keep him from protesting.

“Wouldn’t you love to see one these NFl owners, when somebody disrespects our flag, to say get that son of a bitch off the field right now. He’s fired.”

While the Constitution protects citizens from government sanctions an employer situation is very different. There are many legal ramifications to this and legal action that can be taken justifiably by both sides. But the moral aspect of this is what is important here.

Jerry Jones, the owner of the Dallas Cowboys knelt with his entire team in response to Trump’s comment. Saying in the Dallas Morning News, “I think sports show the perfect example of unity. It’s not just black NFL players, it’s different races. I feel like that was a clear shot at Trump, sitting on that knee like that because you just can’t do that,” Jones said.

However this was before the national anthem. Was he just standing in solidarity with Kaepernick after President Trumps attack? Or also protesting the flag? In the end I don’t think it matters. It is every American’s right to disagree with one another, vehemently, absolutely, and completely if they wish. What’s important is the respect you are to give those you disagree with. Voltaire said, “I disapprove of what you say, but will defend to the death your right to say it.”

Cognitive dissonance is the mental discomfort experienced by a person who simultaneously holds two two or more contradictory beliefs, ideas, and values. It literally means that someone with differing beliefs pains you. Multiple studies have been done on this theory and it seems that we all are affected by it. But one of the easiest ways to combat this is to question your own answer. Take a breath and try to understand what is being said to you in its entirety. As the famous author Paulo Coelho said, “A wise person is full of questions. A dull person is full of answers.”