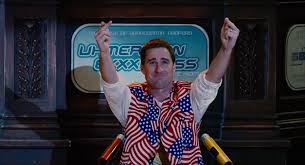 A service based economy is awkward, everyone is striving to make a dime on somebody else’s dollar. Not many people think about inventing, artistic or practical. Even people with good taste act like they aren’t the right species. The future economy will have more event planners than attendees, more public relations specialists than members of the public. All the while nerds will maintain the massive semi-autonomous indulgence factories for the populace at large. The means of production are outpacing supply, but instead of reform, the dominant paradigm is to double down on having half of the workforce in non jobs. The sad part is the system is running off the massive wealth surplus generated by controlling the world’s trade, manufacturing, and finance for a generation. Now by the time the millennials rise into office they will inherit a crack house. Good job, everyone.