When a hotel room becomes a stage 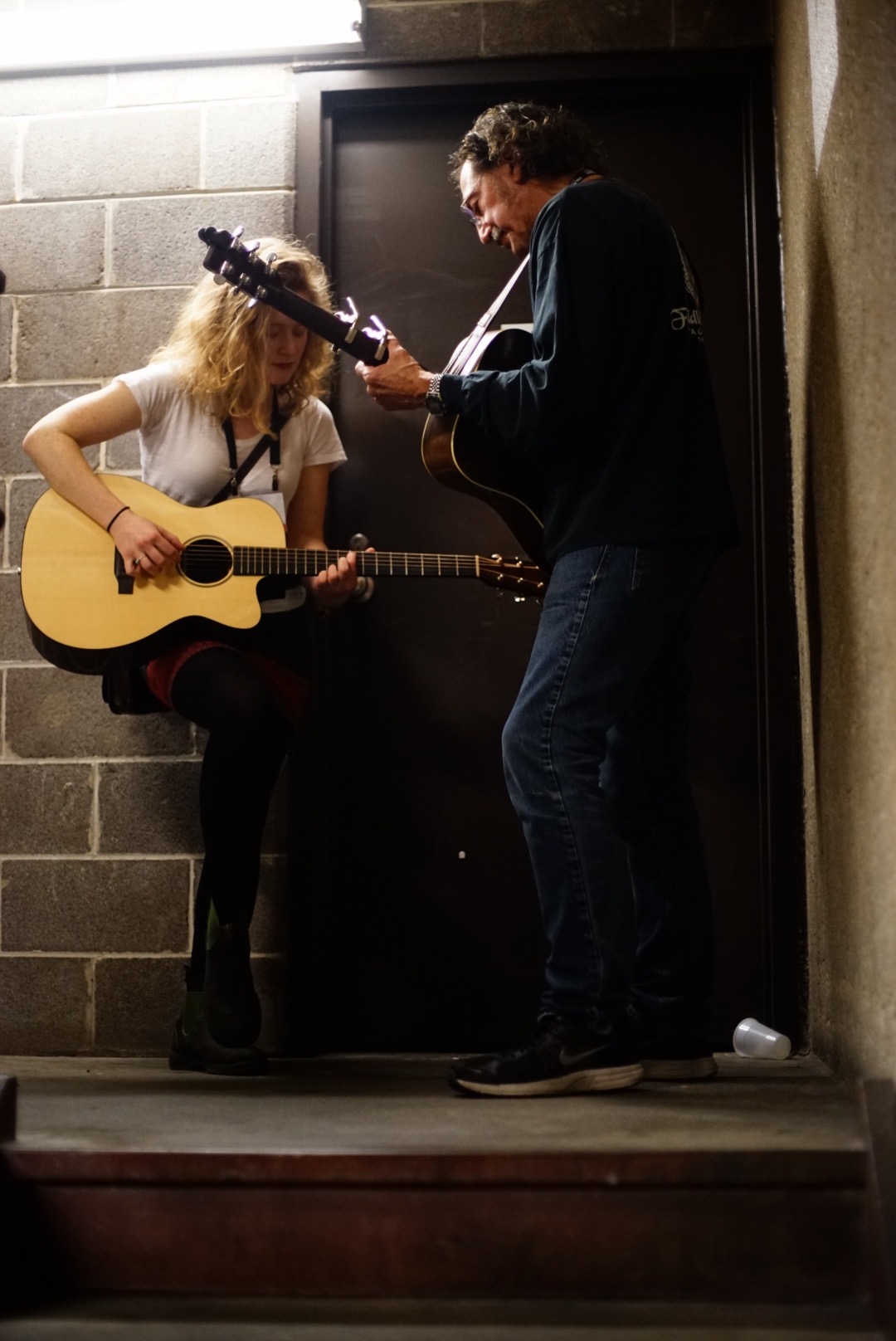 When I arrived in Kansas City on Wednesday morning, I felt like I was getting ready to see an old friend. The familiar city skyline beckoned, and the skyscrapers waved hello. Upon entering the hotel, a wash of voices and music came over me. Women with guitars were at every turn, and men in hats decked the halls. Amplified music spilled out from the hotel ballrooms. Australians, Canadians, Brits and other foreigners stood in line for check-in, discussing their week plans and song setlists. All the elements of a standard business conference were present: seminars, lectures, panels, and tote bags full of branded merch. But this was no business conference. This was Folk Alliance International.

To anyone unfamiliar with the Folk Alliance International conference, it would seem as though nearly every musician in the folk genre had been kidnapped and dumped in Kansas City for a week, for no other reason than to play music. That isn’t far from the truth. 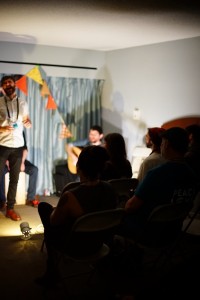 Folk Alliance International began in 1989 as a retreat for folk organizers to discuss the formation of a folk coalition. It became a full-fledged conference as the years went on, involving all cogs in the folk music machine, and connecting folk musicians with promoters, presenters, venue owners, record labels, booking agents, and publicists.

It is a bizarre, beautiful experience. At no other time will you be in such close contact with so many talented individuals trying to make their name, and musicians who already have. Three entire floors of the hotel are blocked off from the general public. Each hotel room on the 5th, 6th, and 7th floor serves as a private showcase room, sponsored and hosted by various venues or promoters. The beds and furniture are shoved out of the way. Small refreshments are set out. After 11:30 PM, the back of the room becomes a stage. Official showcases take place earlier in the evenings, giving industry members a chance to see hand-selected artists already vetted by a committee to showcase their act.

I felt like I had a firm grasp on how things would go, as this was my second time attending. My band, Annie Oakley, had a few showcases last year. I experienced the running around from place to place, the clogged hallways, and the glittering experience of feeling like a part of something bigger than my hometown’s music scene. I was prepared, or so I thought. Eleven shows in four days. I underestimated the strain it would have on my body.

Simply navigating the hallways is one of the hardest things to do at Folk Alliance, dodging the transport of huge stand-up basses from one room to the next, swimming through a sea of acoustic guitars. After three nights of this, my bandmates and I went back to our room to collapse. Three deflated human-sized balloons slapped out across a hotel room bed–we were done for the night.

“Maybe we should go out and see what’s going on…maybe just for tonight?” my band’s violinist, Nia, proposed.

My sister, Sophie, was already conked out. I was somehow still alive.

“Why not?” I said. Famous last words. 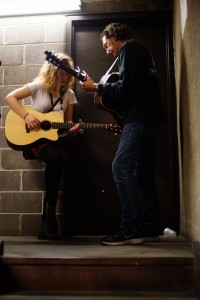 We made our way around the show floors and listened in for snippets of a few sets. We were too tired to really enjoy the bouncing party the night had become. We yawned as we climbed the stairs, ready for bed. The sound of guitar and a ringing mandolin filled the stairwell. It was too happy of a sound to not find the source. Nia took my hand.

Three flights below us, we discovered the culprits: one banjo, one mandolin, one guitar. Three boys.

I had met Julian, the guitarist, the year before, picking his guitar in the lobby. He was one of the only other young musicians attending the conference, so naturally, we became fast friends. The two other guys introduced themselves. A Canadian banjo player, Jaxon, and an Alaskan mandolinist, Harrison. They had just met Julian, and decided to hold their own stairwell jam.

Two hours later, we were all still up, and we were all sung out. I smiled more than I knew possible. There’s something about bluegrass music that’s light-filling. Warm. How can you be sad when you hear a banjo roll? How can you be unsure when everyone knows the next line? I could not have been anywhere but so fully in that moment.

Earlier in the night, I caught Jaxon’s eye. He had been staring off into the distance with a strange look in his eyes.

“I just…I just never thought I’d be here. In America. At five a.m., with strangers,” he said.

I thought about all the absurd happenings of the week so far. Doing things you’d never have to do in a normal situation. Having to describe yourself and your band in less than fifteen seconds on any given elevator ride, conducting business with music big-shots in the middle of the night, and run through jam-packed hallways just to sing a couple songs. Ending up in a stairwell at five a.m. with strangers?