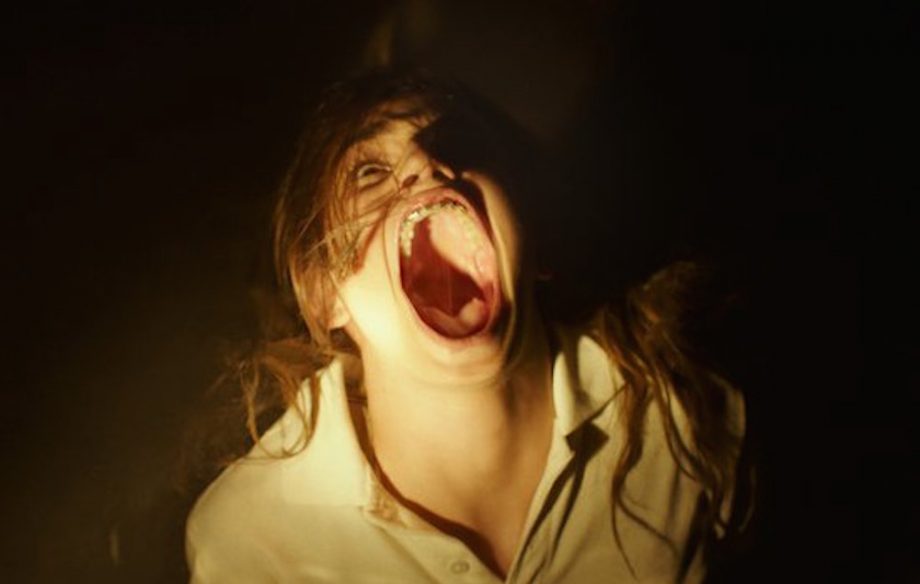 Over the last year, Netflix has become accustomed to releasing their own films. These include independent films, artistic, popular, and most recently, horror.

Set in 1991, Veronica is the oldest of four siblings. She has lived a life style similar to a single parent. While her mother works full time, she keeps track of her siblings after the loss of her father which is later mentioned.

During the day of an eclipse, Veronica and two of her friends decide to take fate into their own hands and connect with the other side through a Ouija board, in hopes of speaking to her late father.

Their glimpse of hope takes a turn at the time of the eclipse when the glass shatters across the board.

Veronica takes on a haunted demeanor, then faints while frightening her friends. When she awakes, strange happenings occur — shadows, voices, dark dreams, the sound of breathing in the dark — while she awaits for the worst to happen.

Placed in a Catholic school where the nuns lead the classrooms, Veronica is out of place. One nun, Hermana Muerte, which when translated means Sister Death, seeks to free Veronica of what she’s done. She has an eerie appearance: She is blind, but still sees all. Even what the audience cannot see.

With intense music similar to “Insidious,” without 80’s vibes, the film carries through making your heart rate pound as terrible images strike the screen.

Veronica, played by 17-year-old Sandra Escacena, performed a heartbreaking role: Struggling to right her wrong throughout the film. You battle with her as each scene changes. Do you agree with what she did, or question what you would do if you had the opportunity to speak to the dead?

Her younger siblings are played by child actors Bruna Gonzalez, Claudia Placer, and Ivan Chivaro.  They show you a glimpse of innocence and purity in the film. While so young, they played their characters fiercely.

Veronica’s mother appears throughout the film, her character layed low, working hard to support her family all day and night during the ‘graveyard’ shift.

It’s a film that is hard to compare to others when discussing visuals of demonic entities. It applies subtle foreshadowing by giving you easter eggs to follow, or for you to see what changed compared to the last scene, keeping you on your toes.

Shadows stretching across the walls, lights flickering, names echoing through the house. The viewer is constantly searching for what’s about to happen until it pops in front of you. It’s definitely a ‘jumpy’ film.

Demonic movies have a trend of predictability, but the ending for this was not what I was expecting.

“Veronica” used a similar trail of symbolism as most horror films: A loss of innocence, hope, grief, connection, family, light versus dark. The film spoke volumes.

Regardless of being a foreign film, it did not delay the message of,  ‘can good conquer evil?’

It is a film when you walk away, that makes you question if you’re being watched in your dreams, and while you sleep. It makes you wonder, are the dead truly gone?

Without spoiling the film, it is one to see, and one that puts horror to a new level.