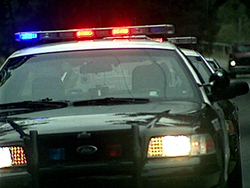 A woman driving with multiple arrest warrants and driving with a suspended license, and a man driving under intoxication led to several arrests during the two-week period June 21 through June 30.

Veronica Rivera was arrested around 2:30 p.m. Thursday, June 26, after Officer Nelson Gordon pulled her over in Parking Lot A and found she was driving with a suspended license and had four warrants out for her arrest, according to a report filed.

Gordon said he initially pulled Rivera over for driving the wrong direction on J. Lee Keels Boulevard before turning back into Parking Lot A.

Rivera was arrested and transported to the Oklahoma County Detention Center, Gordon said.

Her vehicle and inventoried and towed off campus.

Eric Dumas was arrested for an aggravated DUI around 2:30 a.m. on Monday, June 30, according to a report filed by Officer Zachary Andrews.

Dumas was pulled over after driving the wrong direction on Regents Boulevard, Andrews said. Officer Jeffrey McIntire assisted in the traffic stop, according to the report.

Upon speaking with Dumas, Andrews said, the officers saw he had bloodshot eyes and smelled alcohol on his breath.

Dumas said he was looking for his brother who worked for the campus radio station, Andrews said, and he thought he was at the University of Central Oklahoma in Edmond.

Upon asking Dumas if he’d had anything to drink, Andrews said, he replied, “Five or six.”

The officers asked Dumas to step out of the vehicle, frisked him for weapons and began performing sobriety tests, according to the report.

During the One Leg Stand test, Andrews said, Dumas was unable to maintain his balance and it took him 40 seconds to count to 30 — after skipping numbers 13, 19, 22 and 23.

Andrews said he transported Dumas to the University of Oklahoma Health Sciences Center to perform a blood-alcohol test.

After performing two breath tests on him at OUHSC, Andrews said, Dumas’ blood-alcohol content was 0.16.

In Oklahoma, 0.05 percent BAC is grounds for impairment, according to www.dmv.org.

After seizing Dumas’ driver’s license, Andrews said, the man was transported to the Oklahoma County Jail and was issued a citation for aggravated DUI and driving the wrong direction on a one-way street.