‘The Martian’ funny to even non-rocket scientists 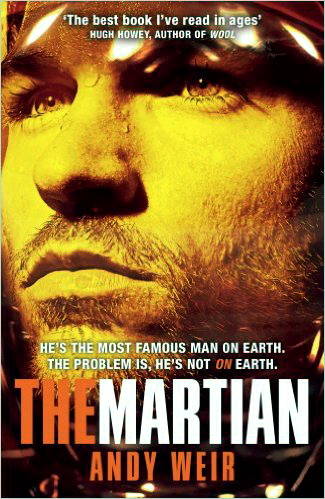 Matt Damon stars as botanist Mark Watney in “The Martian,” which follows Watney’s attempts to survive on Mars after his crew assumes his death and leaves him.

You don’t have to be a rocket scientist to enjoy Matt Damon’s performance, so let’s get that nonsense out of the way.

I can safely say I am illiterate when it comes to the scientific field, but I really liked watching Watney come up with creative solutions to his unique situation.

The film is built on the constant ups and downs of dread, then victory, defeat, then innovative success.

I’ll admit, the scene of him removing debris from his abdomen was one of the most uncomfortable things I’ve ever sat through.

If you’re expecting it to be similar to Interstellar, I’ll stop you there. “The Martian” leans much more toward humor but still moves the audience to compassion and sympathy during moments in which Watney feels defeated.

He has to work through scarce resources, only disco music to listen to and harsh weather.

The script made the movie clever and entertaining.

Watney’s witty personality shines through seemingly impossible obstacles as he uses every resource he has to survive alone on an uninhabited planet. He becomes possibly the only man to ever farm potatoes in his own crap on Mars.

A few characters seemed unnecessary, or lacking, to say the least.

Sean Bean’s performance as the crew superviser was not particularly attention-grabbing.

Once I suppressed memories from his “Dumb and Dumber” days, I think Jeff Daniels played a really convincing NASA director.

The film also includes a few “Lord of the Rings” references, which are well-placed and lightened up the gravity of the situation (pun intended).

A few of the plot points could have been planned better. Still, I would definitely watch it again, if only for a few laughs.