The Female Experience: It’s not easy to be a Single Mother in America 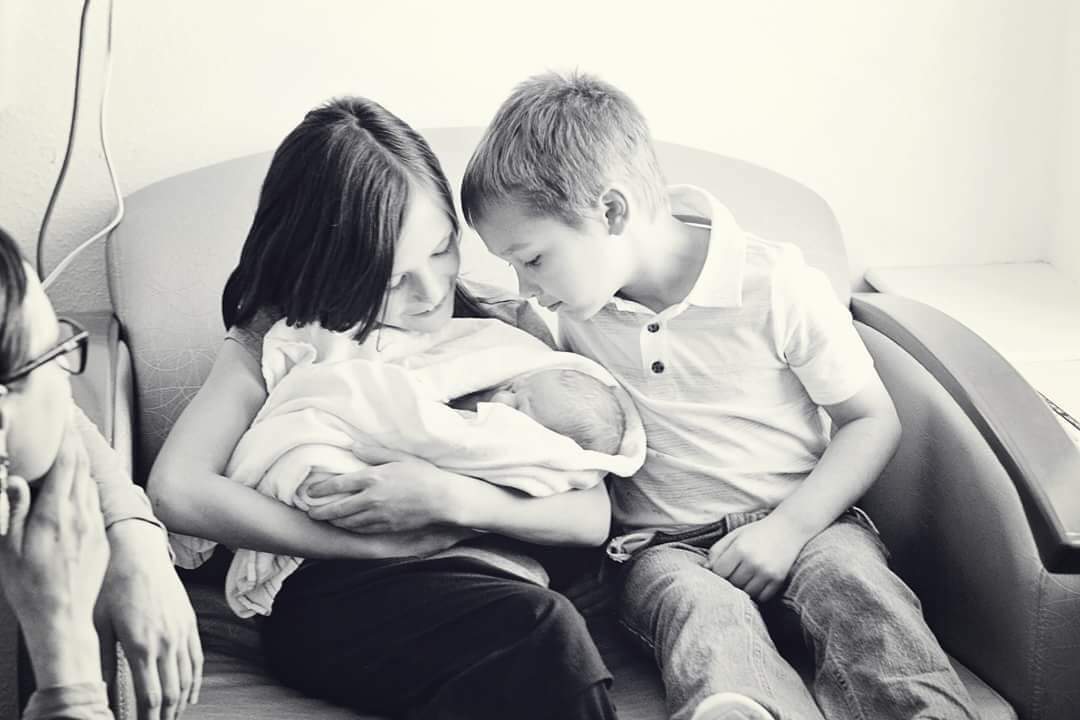 Most children in the United States are still raised in two parent homes. But the scale has started to tip exponentially over the last few decades. More American children are being raised by single parents than ever before.

Single mothers, which use to be rare, are becoming increasingly ordinary.

One of these women is Rachel Jones, a mother of three. Jones has a 13-year-old daughter, an 8-year-old son, and a 2-year-old boy.

“I was young when I had my first and [the father] didn’t want to be involved so I took care of her on my own,” Jones said. This began an unfortunate pattern for her. “I met my husband when she was one and we had [my first son]. After about five years he cheated on me and knocked her up and left me for her. I became a single mom again.”

Jones spent the next four and a half years raising her two children on her own. She worked any job she could find, from serving jobs to cleaning houses to support her children. Then, she met the father of her third child.

That relationship, she said, was abusive.

“He beat me in front of my children, so he’s been out of the picture since March,” she said. Today Jones is back to single motherhood and working multiple jobs to stay afloat financially.

Jones’s situation is not as unique as it may seem. More than 8 percent of children in Oklahoma are being raised in a single parent home says a 2018 report by the U.S. Census Bureau.

Today a total of over 17-million children are being raised without a father, according to a Census report in 2017.

Data from the Pew Research Center indicates an upsurge in the number of children raised by single fathers as well. “In 1960, about 14 percent of single parent households were headed by fathers, today about 24 percent are,” the center reported.

There is a difference between a single mother’s and father’s income. The average of single fathers living below the poverty line is 24 percent while the average for mothers is 43 percent, according to Pew’s 2013 study.

Justin Whitehead has been a single father for three years after his daughter’s mother lost her life in a car accident.

“I haven’t struggled a whole lot financially,” he said. Whitehead works 40-50 hours a week on salary. “Learning how to do everything myself was pretty much my only struggle.” Though he did have to battle his late girlfriend’s family for custody that cost him more than $10,000.

In contrast Jones said she works ten-hour days at Sonic. “Some evenings I have houses that I clean for extra money,” she said.

As far as assistance, Jones said she doesn’t get much help. “I receive food stamps and help with daycare while I work,” Jones said. Her parents help her when she needs it but, she pays them back with her taxes.

The Supplemental Nutrition Assistance Program is an assistance program designed to help people in need afford food and household essentials. SNAP is a federal program run by the United States Department of Agriculture.

About 55 percent of people receiving SNAP are made up of single parent households, according to the USDA’s 2010 survey. And of those, 47 percent are single mothers.

Even though Jones makes ends meet financially with her busy schedule, she thinks the government is lacking. She believes that back child support is to blame for part of her strife. “No child support from the first dad, my ex-husband is $11,000 behind on child support and [the other] is $3,000 behind,” she said.

“The government could do so much better. If they went after these men then maybe I could get off of assistance.” Jones said, “And I could spend more time with my kids instead of working two jobs.”

The U.S. Department of Health and Services reported in 2017 that only 65 percent of total child support due was collected.

Aside from financial struggles, Jones has trouble accommodating for her own personal and mental health.

“I don’t get everything I need because my kids come first. My health is bad because I can’t afford to go to the doctor,” she said. She does get counseling through Northwest Domestic Crisis Center Incorporated to address her emotional well-being. “I take parenting classes through them too, so I can learn how domestic abuse affects my kids and what I can do about it.”

Her children aren’t free from being affected by their lifestyle. “They have become angry and emotionally reserved. My son bawls every time they have to leave me,” Jones said.

Paul Amato’s research in The Impact of Family Formation Change on the Cognitive, Social, and Emotional Well-Being of the Next Generation suggests children growing up with two parents are less likely to experience a problematic existence, not only during childhood but also in adulthood.

With a silver lining, Amato’s research also shows that children of a single parent home will grow more quickly into self-sufficiency and independence.

In addition to her struggles with finances and the health of herself and her children, Jones also struggles trying to balance any kind of social life with her motherhood.

“I never get me time. I don’t really have many friends anymore because I can’t go out and do things. And the friends I do still have, I never really see,” Jones said.

Some single parents catch a break by living close to family and having a support system. As far as Jones’ scenario goes though, she is alone.

“My parents help me financially when needed. But they aren’t here to physically help me. They live in New Mexico, my sister is in prison, and my brother lives in Norman,” Jones said. “It’s a tough life.”

Apart from all the trouble single motherhood brings Jones, she says, “I’m grateful for my kids. They drive me insane but, somehow keep me sane and in line all in one.”

For Rachel Jones being a loving mother means doing everything she can to provide the necessary care and resources for her and her children. She echoes the voices of millions of women sharing a similar strife.