The American protest song: the history and the evolution 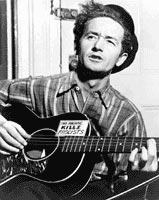 Call it an anthem for an ailing nation. A ballad for the disenfranchised. A hymn from those deemed unholy – Call it the protest song.

Kierston White is a Nursing Sciences Major at Oklahoma City Community College by day, and a folk musician by night. Oklahoma is home to a robust music scene, including the Red Dirt genre, a musical movement native to Oklahoma that often addresses social injustice through song.

White believes “protest songs are as important now as they have ever been in our lifetime.”

“Songwriters and poets who reject inequality each have an important job to do. We have to pull that anger and fear out of our hearts and form it into positively charged anthems that can penetrate the stubbornest of ears,” White said.

This history of protest songs is as long as the history of the United States. Protest songs date back to the 18th century, capturing historical strife through lines and verses in times of slavery, revolution, war, economic depression, and injustice.

The first American protest songs were sung by African American slaves during long hours of work. They could not openly express their longing for freedom, but they could sing about it. Songs that seemed to be about Old Testament Israelites enslaved in Egypt had a deeper meaning to the slaves that sang them.

Slaves seeking to escape used coded songs to strategically communicate without a white person being able to understand. Songs like these were especially helpful for fleeing slaves who utilized the Underground Railroad, a network of routes that slaves took in order to reach free states and Canada.

Harriet Tubman was known for using the song “Wade in the Water” to instruct slaves to carry on their path through water instead of on a trail, so that slave catchers’ dogs would not be able to hunt them down. To someone unaware of any meaning, the song could be passed off as harmless as any other tune. When put into context, the verses below hold a new importance:

Who are those children all dressed in Red?

Must be the ones that Moses led.

African American spirituals and folk songs continued to serve as avenues of expression throughout the 19th century. Jim Crow laws prevented the ability to speak freely against segregation and Ku Klux Klan activity, so singing became one of the only ways to openly state opposition in opinion.

In the early 20th century, war and union movements were national topics that bled into the music of the time. The working class fought for fair wages and began to unionize in mass numbers.

Joe Hill was a labor activist turned songwriter for the Industrial Workers of the World, a group formed to combat the American Federation of Labor’s policies.

In 1911, Hill wrote “The Preacher and the Slave,” which called for “Working men of all countries, unite / Side by side we for freedom will fight / When the world and its wealth we have gained / To the grafters we will sing this refrain.”

As the years moved on, so did the material of the protest songs. During the teens of the 20th century, World War I spurred a new conversation. The American people opposed the entering of the European war, which was made clear in songs such as Alfred Bryan’s “I Didn’t Raise My Boy to Be a Soldier”:

I didn’t raise my boy to be a soldier,

I brought him up to be my pride and joy,

Who dares to put a musket on his shoulder,

To shoot some other mother’s darling boy?

It’s time to lay the sword and gun away,

There’d be no war today,

If mothers all would say,

I didn’t raise my boy to be a soldier.

After World War I, the Great Depression soon followed. Musicians and artists voiced the pain of the people as the nation suffered through its longest major recession.

Folk singer Aunt Molly Jackson was the wife of a Kentucky miner during the Depression. Jackson wrote and sang songs about the mining strikes and the hard conditions the poor families faced.

Her song “Hungry Ragged Blues,” written in 1930, painted a picture of the daily pain that the families of miners withstood:

All the women in the coal camps are sitting with bowed down heads,

Ragged and bare-footed, and the children cryin’ for bread.

No food, no clothes for our children, I’m sure this head don’t lie;

If we can’t get more for our labor we’ll starve to death and die!

In the 1940s, Oklahoma born Woody Guthrie began to make his mark in folk music.  He wrote hundreds of political songs during his time as a musician, which spanned over two decades. He quickly became a figurehead for the folk movement supporting union workers, and opposing fascist expansion by Hitler. On his guitar was a sticker that read, “This Machine Kills Fascists.”

Woody Guthrie’s influence lasted well after his death, inspiring young musicians of the 1960s to be politically active and aware. Bob Dylan was a young man when Guthrie began to suffer from Huntington’s Disease in the early 1960s. Dylan discovered Guthrie’s whereabouts in a New Jersey hospital and became a regular visitor.

Dylan and his singing partner, Joan Baez, became two major voices of various movements in the sixties. They sang at civil rights rallies, including the March on Washington where the famous “I Have a Dream” speech was given by Martin Luther King, Jr.

Dylan wrote a number of protest songs, including “The Times They Are A-Changin’,” “Blowin’ in the Wind,” “Talking World War III Blues,”  and “Masters of War.”

Pete Seeger, a contemporary of Woody Guthrie that also inspired Dylan, was a significant voice of protest throughout his musical career. He wrote “If I Had a Hammer” which was covered by Peter, Paul and Mary and subsequently went to the top of the charts, becoming a favorite among those who participated in the American Civil Rights movement.

Folk revival music reigned throughout the rest of the 1960s, before being met with harder rock musicians and bands like Jimi Hendrix and Crosby, Stills, Nash, and Young. Hendrix wrote a lengthy song protesting the Vietnam War called “Machine Gun,” using his guitar to emulate sounds of explosions, screams, and helicopters.

“Ohio,” written by Crosby, Stills, Nash, and Young, was another anti-war song that grew in popularity.

The 1980s saw both protest songs against the Reagan administration and the birth of American rap. Bruce Springsteen’s “Born in the U.S.A.” was a criticism of the effects and mistreatment of veterans that the Vietnam war caused.

Grandmaster Flash released “The Message” in 1982, a hip hop song commenting on inner city troubles and the cycle that the young black community was caught in:

And your eyes will sing a song called deep hate

The places you play and where you stay

You’ll admire all the number-book takers

Thugs, pimps and pushers and the big money-makers

And you’ll wanna grow up to be just like them, huh

The Library of Congress chose to include this song in its National Recording Registry, making it the first hip hop recording to ever be included.

Punk made its presence known with its angry vocals and loud guitars. The BBC described Black Flag’s debut album, Damaged, as “essentially an album of electric protest songs.” In the 1990s, bands like Rage Against the Machine and Sonic Youth used their music as a way to voice their activism.

The third wave of feminism inspired an underground feminist punk movement, referred to as the Riot Grrrl scene. Bands like Bikini Kill, Heavens to Betsy, and Sleater-Kinney wrote songs addressing sexuality, racism, rape and the patriarchy.

Though passion filled protest songs continued to be written, the nineties saw a significant decline in the mainstream popularity of protest songs. The decline continued into the 2000s, with fewer and fewer artists willing to speak on a given issue due to major pushback from fans and management. The Dixie Chicks experienced criticism and financial blows due to a negative comment that lead singer Natalie Maines made on President George W. Bush.

“Just so you know,” said Maines, “we’re on the good side with y’all. We do not want this war, this violence, and we’re ashamed that the president of the United States is from Texas.”

The band then suffered declines in ticket sales, radio play, and were essentially shunned from the mainstream country music scene.

Few songs of protest or activist matter made it anywhere near top of the radio charts, though well known bands like Green Day and musicians like Pink and Neil Young have released modern day protest songs, addressing George W. Bush, the war Iraq, and GMO.

In today’s political world, there is much to draw from for inspiration.

Grant Peeples, a Florida musician known for his “unflinching social insight and cultural acuity,” believes the artist serves a purpose in times like these, but not as an explicit advocate.

“It is tempting for an artist, once [they] make a determination about a subject, for [them] to advocate for or against that subject in art.  But this is not the function of an artist.  This is the purpose of advocates, of policy makers, politicians, experts. These are the people who deal in facts and statistics and data,” Peeples said.

Though this does not mean that artists do not have an important role, he says:

“The tools of our trade are: symbols, metaphors, irony, parody, allegory. . .when we use these things effectively. . .we are able to transcend the factual, and connect with the human heart in ways that facts and figures simply can not do.”

Whether protest songs succeed in the mainstream music industry or not, they have had a place in American history for centuries, and will continue to say what is not easily said.