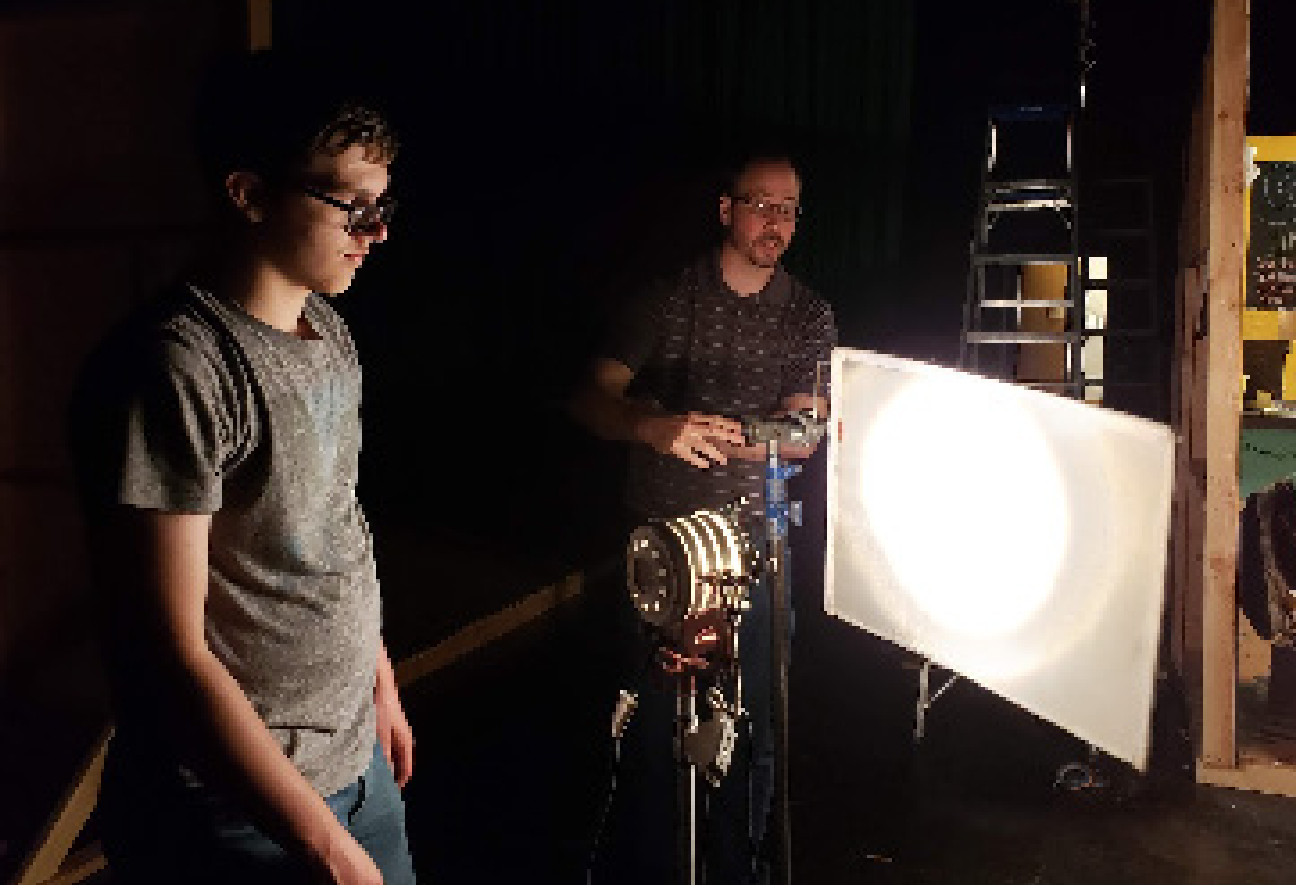 College is a time to encounter new ideas, explore dreams, and find a great career that satisfies financial needs and purpose in life.  At OCCC there is an opportunity to do just that, in pursuing a career in the movie making / film industry.

The OCCC Digital Cinema Production program remains as busy as ever, even in this COVID invested era under the leadership of Digital Cinema Instructor Sean Lynch, Professor Greg Mellott and OCCC’s artist-in-residence, Gray Frederickson

“We don’t watch movies; we teach our students how to make them,” he said.

Lynch is determined to make sure his students get as much experience as possible in many different areas of movie making in his classes.

In the DCP program, students are often required to make films, edit films, and complete all kinds of other work that assist with the overall creation and production of a film, Lynch said.

But he never seeks to stifle creativity nor micromanage student’s progress.

On the contrary, Lynch said he seeks to inspire students to embrace their own creative sides and make their own films.

“All professor Lynch does is supervise, and he just lets our creativity flow and take over,” OCCC student John Untivero said.

He also shared some of his own experiences in the film industry.

Lynch wrote and produced two feature films, one named “Unsolved “and another titled “Just Crazy Enough,” which starred SNL alumni Chris Katan. But he’s content not to direct, as he allows his partner Lance McDaniel to do so.

Lynch doesn’t just teach directors or screenwriters. His classes also prepare crew members and technicians who are often behind the scenes but are crucial to the movie making process.

“The Digital Cinema department is an ‘A to Z program’, where students are taught everything that there is to know about film making,” he said.

One example of success is Stacy Mize who studied film making in the OCCC’s DCP program at OCCC and has gone on to work on many different film projects.

While Lynch seeks to create a broad sense of skills for his students, he also encourages students to find their niche in the film industry and run with it.

Students such as Untivero have found their calling.

Untivero said he was very interested in the pre-production part of making a film, including planning and logistics.

This appealed to him due to his interest in logistics. But after spending some time working in film making, he realized that there was so much more than just planning it out.

“I want to be a first or second AC, which is a camera assistant,” he said

An example are capstone projects, where students take all of the skills they’ve learned throughout their time working in DCP to create a film, which involves the assistance of several people at OCCC.

Untivero said that some advice that he would give to students is to try and get to know as many people as possible and to network.

“It doesn’t matter how early you are in the program, come in, get to know people, get on a capstone and get that experience as soon as you can so you can know if this is for you,” he said.

Lynch’s advice is to come try a class and see if it’s for you. Because film making is hard and is not for everybody.