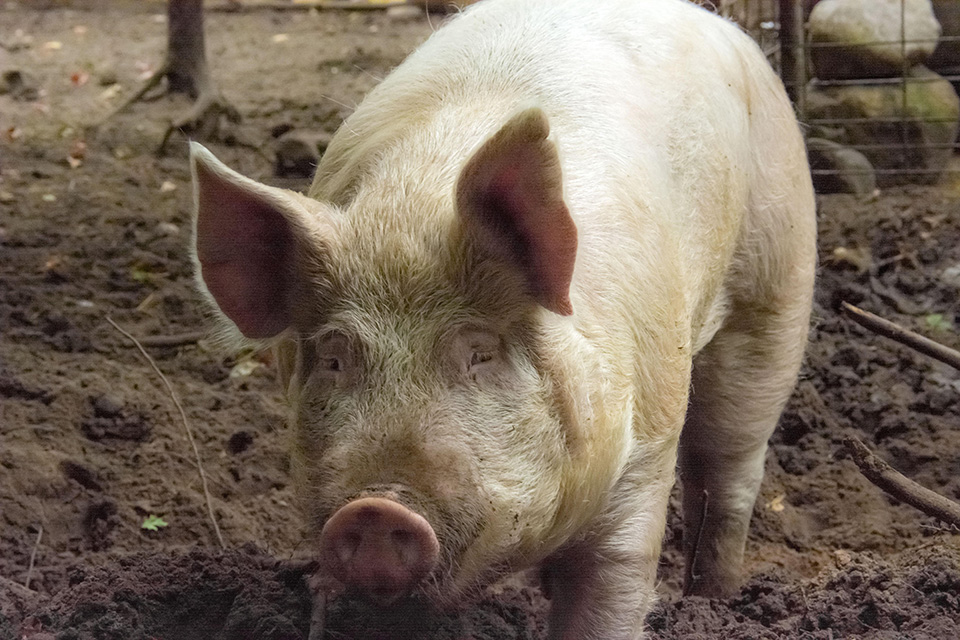 Come November 8, Oklahoma voters will have the opportunity to vote on State Question 777, also known as the “Right to Farm Amendment”.

“This measure adds Section 38 to Article Il of the Oklahoma Constitution.

The new Section creates state constitutional rights. It creates the following guaranteed rights to engage in farming and ranching:

The bounds of SQ 777 go much deeper than the simple right to farm. The state question is misleading, as Oklahomans already have every right to farm and ranch.

SQ 777 doesn’t grant any right that does not already exist. Instead, the proposal bans the Oklahoma Legislature from passing any laws that interfere with agricultural and ranching practices. This means that Oklahoma ranchers and farmers would be free from safety regulations regarding water and food quality, laws prohibiting inhumane animal practices, and prevention of environmental damage. The amendment would also make it much more difficult for lawmakers to apply any basic ethics towards farming and ranching.

Family farmers did not write the Right to Farm question. The language of SQ 777 was lifted from a model written by the American Legislative Exchange Council, also known as ALEC, in 1996, and then finalized in 2013.

ALEC is a conservative group that writes pro big-business bills to lessen regulations on American industries and maximize business profits. Missouri, Nebraska and North Dakota have had similar Right to Farm initiatives on their ballots, each with models from ALEC.

An overlooked, included right of SQ 777 is the widened allowance of  foreign countries to purchase more American land than before. If SQ 777 passed, it would be much harder for Oklahoma to pass any laws preventing the sale of land to foreign countries. This does not support local Oklahoman family farmers.

In 2015, Australia blocked a $250 million sale of 22 million acres to China. New Zealand also blocked a $57 million sale of a farm to China. Under SQ 777, any foreign buyer could say their rights were being infringed upon by Oklahoma not allowing the sale. 325,605 acres of Oklahoma land are currently owned by foreign investors.

From 1992 to 2012, the hog industry in Oklahoma increased rapidly. However, the number of hog farms shrunk by 43 percent. This shows the reach of big-business in Oklahoma farms and ranches. The data also shows that fewer and fewer small farms can provide products that compete with larger corporations.

In addition, the move to the corporate farm coincides with the increase of foreign interest in American agricultural and farming. The Food for 9 Billion project reports that one in four pigs raised in the U.S. are now Chinese owned.

The Oklahoma Right to Farm group is supported by Tom Buchanan, President of the Oklahoma Farm Bureau. Buchanan has a long history of being against the Humane Society of the United States, especially after voters in California prohibited small cages for egg-providing hens.

Commenting on SQ 777, Buchanan said, “The regulatory environment is becoming more restrictive on a daily basis. What we’ve seen, even in the Oklahoma Legislature every year, is legislation that is not friendly to agriculture.”

The Oklahoma Right to Farm website calls the Humane Society an “extremist group” that wants to prohibit “all meat eating”.

A vote in favor of SQ 777 gives free reign to big farms and ranches to treat animals poorly without oversight in their livestock practices. In 2013, an Oklahoma hog farm was exposed for striking piglets on concrete floors to kill them, using a practice called “blunt-force euthanasia”. Under SQ 777, any attempts to ban the abusive euthanasia practice could “infringe” on the rights of the hog farm’s “ranching practices”.

SQ 777 also protects the rights of puppy mill owners. The definition of “livestock” included in SQ 777 includes “any animal or bird in captivity.” Former University of Oklahoma Football coach Barry Switzer recently came out against SQ 777. In a public letter Switzer wrote, “If SQ 777 passes, it will make it easier for puppy mills to exist. Puppy mill operators will be able to classify themselves as farmers and their animals as livestock.”

“Puppy mills are atrocities where neglect, disease and abuse is rampant. Animals are caged 24-7 and some live their entire lives in wire cages, never once touching or rolling in the grass,” Switzer said. “Adult dogs are often debarked, which involves ramming a steel rod down their throats to rupture their vocal cords.”

Switzer also commented on the misleading nature of SQ 777, saying corporations are “using wholesome imagery of family farmers and Oklahoma landscapes to lure votes to change our state constitution.”

The amendment provided by SQ 777 states that agriculture is a “vital sector of Oklahoma’s economy.” However, agriculture in Oklahoma provides less than two percent of Oklahoma’s GDP. If SQ 777 passes, the Kirkpatrick Foundation says “this amendment would give this one sector of the state’s economy priority rights over other sectors that are considered by some more critical to the income, employment, and security of Oklahomans.”

The fears of many small farmers in favor of SQ 777 are ones of big businesses shutting down their farms, regulations forcing expensive changes on their ranches, and unreasonable laws being placed on the shoulders of Oklahoma farmers. The Right to Farm group capitalizes on those fears with a preemptive lure, saying the amendment “gives farmers and ranchers a degree of protection that they do not have now and that they need for future protection.”

If passed, this amendment will provide protection to businesses and farms that operate with cruel and unsafe practices to maximize profits, not the small farmers the amendment is supposed to be for.

As voting Oklahomans, it is our responsibility to uphold our support of local farmers, responsible farming, humane animal treatment and safe agricultural practices by voting NO on SQ 777.

See analysis of other State Questions appearing on this year’s ballot here.