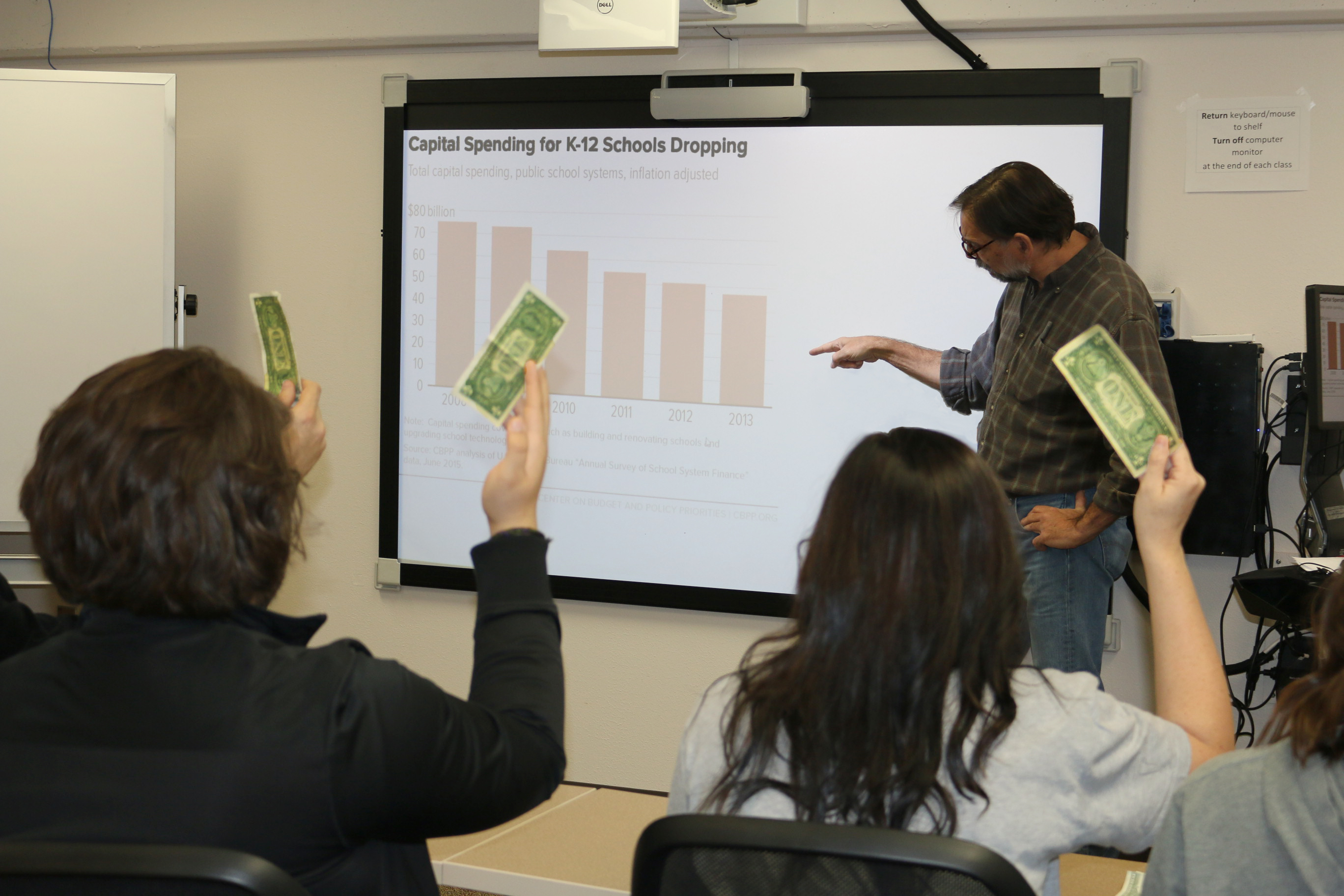 WHAT’S NEXT FOR EDUCATION?

What can be expected for education in 2017?

State Superintendent Joy Hofmeister and members of the Department of Education met with members of the Oklahoma House of Representatives. Hofmeister requested $2.6 billion for the 2017 fiscal year. The request is $221 million more than its current budget level, which comes after a year of budget cuts to education. The meeting took place in preparation of the next legislative session which begins in February.

“We recognize that this is one of the largest requests that will be brought to you this year,” Hofmeister said at the meeting, “but the need is great.”

Hofmeister proposed a separate package that would give a $3,000 pay raise to teachers. The plan would cost $282 million in addition to the initial increase request.

Senate Bill 8, by state Sen. Ron Sharp, R-Shawnee, is the first teacher pay bill filed for the 2017 session. The bill calls for an increase of $5,000 to all teacher pay schedules. The bill does not include a plan on how to fund the increase.

HOW DID WE GET HERE?

A three percent decrease in oil revenue in 2016 caused a loss of $1.3 billion in the state budget, with major cuts to agencies including the State Department of Education and the State Regents for Higher Education.

The cuts came at a tough time for Oklahoma , with growing enrollment numbers and low-paying teacher positions. Data from the Oklahoma State Department of Education shows the average salary for an Oklahoma teacher is just $44,921, which puts the state at 49th in the country regarding average teacher salary.

The Oklahoma Education Coalition says that 17 percent of new teachers in Oklahoma leave the state or the profession after their first year. The effects of these migrating teachers were made clear in a study by the Oklahoma State School Boards Association, which showed more than 500 vacant teaching positions at the start of the fall 2016 semester.

These teacher shortages have increased classroom sizes and heightened the number of underqualified teachers hired with emergency teaching certificates in Oklahoma classrooms.

After the failure of State Question 779, a measure that would have given teachers a $5,000 pay raise, lawmakers are looking for alternative methods of raising pay for teachers.

In November, Republican state Sen. David Holt, R-Oklahoma City, said he would introduce a measure next session for a $10,000 teacher pay raise.

“We will not have the future we want for this state if we let go of the teacher pay issue,” he said. “It simply can’t be something that we walk away from.”

As more bills are filed, teacher pay and budget increases for education will be determined by May.

Governor Mary Fallin said a teacher pay increase will be part of the upcoming session.  “The voters have spoken, and I’ll be meeting with our new legislative leaders to discuss a course of action on the issue of teacher pay raises,” the governor said in a media statement. Until then, some Oklahoman children will be left with four-day school weeks and the possibility of underqualified teachers in their classrooms.