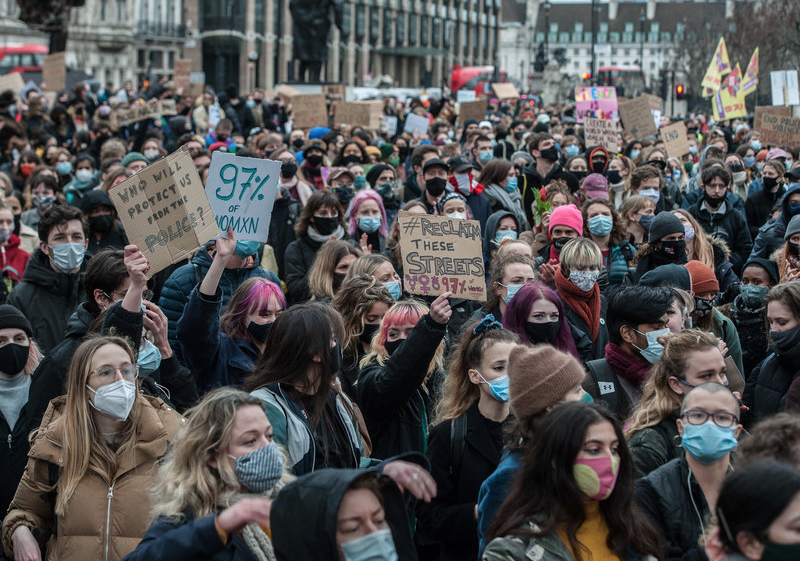 Like for many people around the world, 2020 was rough going for 33-year-old Sarah Everard. Everard is originally from York, but lived in Brixton, South London. However, recently things seemed to be turning around for her.

She started a new job, entered a new relationship, she was looking forward to reconnecting with friends, and, like everyone else, eager for life after COVID-19.

On March 3, tragedy struck. While walking home that night, Everard was abducted off a street in South London, according to The New York Times.

Everard was walking home from a friend’s place. She did what many women are told to do while walking home after dark.

According to an article published by The Wall Street Journal, Everard walked down well lit streets, stayed on busy roads, and even talked to her boyfriend on the phone while walking.

Despite this, Everard was last seen at around 9:30 p.m. and was missing for over a week.

That same day, on March 12, 48-year-old London police officer, Wayne Couzen, was arrested and later charged, for Everard’s kidnap and murder. Couzen remains in custody awaiting a plea hearing that is scheduled for July 9 with plans to move to trial sometime in October.

The case has received nationwide attention, thus sparking debate across the United Kingdom about violence against women that is ignored. Many are using Everard as a symbol of the fear so many women that live with the fear of being attacked for simply living their lives.

Even more outrage was sparked after the events that transpired at Everard’s vigil.

According to BBC News, hundreds of women showed up to pay respects to Everard. People began making speeches, drawing the large crowd closer.

Police attempted to hand out fines for breaking COVID-19 distance regulations, after which police claim the crowd became hostile and began throwing plastic bottles at officers. Mass arrests were made and the vigil was promptly ended.

However, the outrage comes mostly from the fact that just the prior weekend dozens of maskless fans took to the streets to celebrate a win by the Glasgow Rangers’ football team. Meanwhile, police officers simply stood around observing and even escorted the impromptu parade, UNILAD reports.

Throughout all of this, the Everard family and Everard’s friends have remained very private. However, they, along with her co-workers, describe her as a kind and supportive friend, the type of person willing to lend an ear to those who need it.

Sarah Everard was a daughter, a sister, a girlfriend, a friend, but most importantly she was a person. She was a living, breathing being that, like far too many women before her, had her life unjustly cut short.