Rolling Stones’ reissue of ‘Exile on Main Street’ a blast 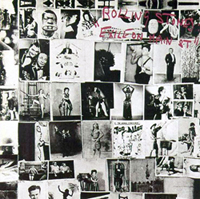 The Rolling Stones has recently re-released their 1972 masterpiece “Exile on Main Street.” The reissue of the classic album is a triumphant romp which is guaranteed to put the rock and the roll into any occasion.

Improving on this masterpiece is a hard task, but somehow the new version seems to be even more raw and irreverent than the original.

However, for most Stones fans the album offers just what they were waiting for, alternate versions of “Exile” gems and unheard outtakes and b-sides.

From the first song, “Rocks Off,” the listener is greeted by Mick Jagger’s signature growl.

The other extra tracks vary from raw, alternate versions of other songs like “Good Time Women” which is an earlier version of “Tumbling Dice” to unheard gems like “Plundered My Soul.”

The gospel backing vocals and brass give the album a different feel than other Stones’ albums.

Throughout the album the Stones jumps genres easily. The album has tones of blues, gospel and country, which are blended seamlessly.

The album was recorded in Keith Richards’ basement after the group was exiled from England for not paying taxes.

For those who are not fans, the album may sound overindulgent and tired, but for Stonephiles the reissue turns a great album into a magnum opus.