Rocklahoma festival back for 10th year 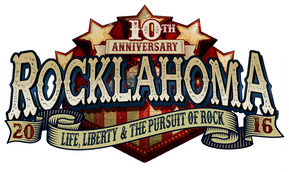 America’s premiere Memorial Day weekend festival “Rocklahoma” is returning to Pryor, OK, for it’s 10th year running. The event drew 60,000 fans in 2015, and 2016 is shaping up to be no different. The event runs May 27, 28, and 29, and features 3 stages, with multiple artists performing throughout the day.

Some of the bigger bands that will be performing this year include but are not limited to Disturbed, Rob Zombie, Megadeth, Bullet for my Valentine, Chevelle, and Three Doors Down. The campgrounds boast that there will be a party constantly for four days.

General admission starts at $102, a VIP package is $352, and a 4-pack is $310. VIP access includes free meals and amenities from Bud Light. There will also be offering a limited number of reduced-price military tickets.

Pryor OK is located 45 minutes North East of Tulsa (once a popular destination along the famous Route 66), and the campgrounds include a shower house and bathrooms, as well as a general store for campers.

In terms of rock n’ roll, its hard to find a state more involved than OK. Musician Bob Dunn is widely considered the first musician to successfully electrify his guitar, and back in the heydey of rock, the state was a destination for touring bands in America. Led Zeppelin even performed in OK three times in the 70’s.

Tickets go on sale to the general public on Jan. 18 at www.rocklahoma.com. For more information about military discounts, visit www.govx.com.