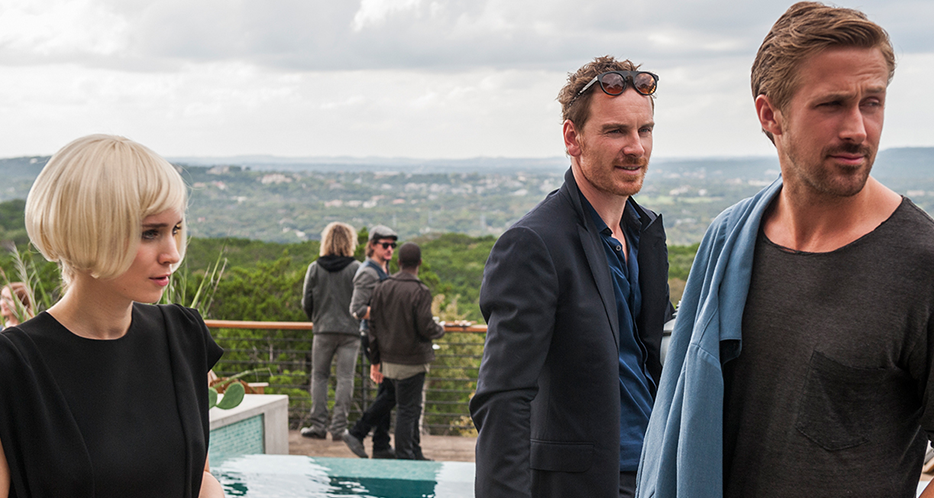 “Song to Song” feels like a parody of a Terrence Malick film.

Most people know what to expect out of a post- “Tree of Life” Terrence Malick film — loose plot structure, hypnotizing camera movements and a whispering narration. “Song to Song” delivers on that promise. It’s structured just like his last three films. So what’s different? It feels disingenuous.

All the characters (a dream list of acclaimed actors including Ryan Gosling, Michael Fassbender, Rooney Mara, Natalie Portman, among so many others) are in love and love so many people. But it never ends up like they think it should, so they go to another person moments after saying they unconditionally love another.

Setting the film in Austin, Texas, around a gaggle of music industry yuppies who feverishly wish they were Earthbound shopping hippies, feels patronizing. Like a middle-aged woman sporting a Yves Saint Laurent hat in an art gallery, staring at a painting of starving children in Yemen, calling it “beautiful.”

This is the first of Malick’s films that should be rightfully labeled “pretentious.” The first ninety minutes is spent in a world that feels like Malick strapped a wide-angled lens to a GoPro, followed the cast around Austin, and decided to add narration about endless love and destiny after the fact.

Once you realize that the first twenty minutes are copied and pasted with different characters inserted thereafter, you give up hope that Malick had any sense of direction. It played to a small audience of about ten participants and over half left before the halfway mark. The few who survived should have been given participation trophies and a therapist on the house.

Everyone who is decorated by Malick’s palette is absolutely deplorable. Rooney Mara’s character bounces among an endless number of lovers with whom she claims to feel a deep connection, only to have stiff-faced break-ups while whispering a voiceover akin to “what happened to your soul, my sweet darling?”

Pizzagate becomes a biblical scripture of facts compared to Terrence Malick’s examination of relationships. There’s no way he has ever had been intimate with another person if the relationships in “Song to Song” are to be taken seriously. In his world, couples pet each other in front of daylight blinding windows and murmur to their partner about what part of their soul they claim.

It goes beyond being an atrocious and insulting film. It makes love seem tedious and repetitive. It makes affection and desire feel binary and dull. It makes deception and betrayal feel mandatory and mundane. And it makes a two-hour runtime feel like purgatory.