Ready Player One Appeals to the Geek in all of us 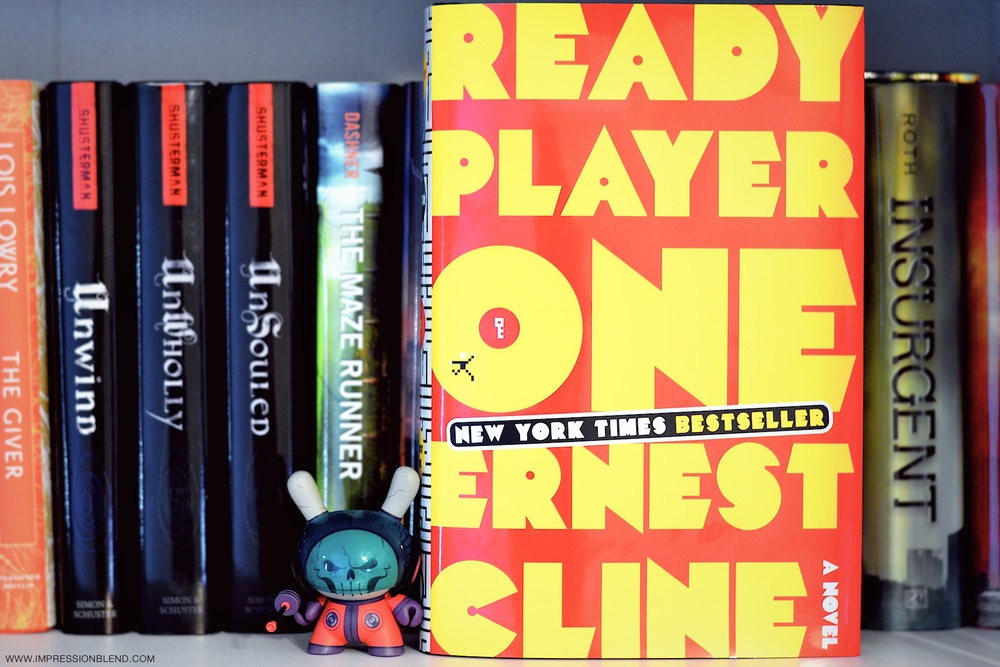 Are you a geek? A nerd? Some spazzoid with a sense of reading desire?

Then boy, do I have a book for you.

Seeing how the geek culture has taken precedence as the cool thing, 45-year-old author Ernest Cline of Ohio has taken nerdism to a niched corner of the bookstore: the place where the gamers go to meet with young adults and action enthusiasts and have a beer after work to reminisce about the good times.

In his book, Ready Player One, Cline transports his reader into a world where nerds rule and the status quo stays at the door where it belongs.

You may need to pay attention; Steven Spielberg is in talks to make this movie in 2018, possibly starring actors such as Simon Pegg and T.J. Miller.

It’s in the year 2044 that we find our teenage hero, 18-year-old Wade Watts, in the poverty-stricken part of the United States which, at this point in the history of the world, is more than likely everywhere money didn’t touch.

Don’t turn that dial just yet.

Now staying with his verbally abusive and emotionally unavailable aunt in a pair of stacked trailer homes in metropolitan Oklahoma City, Watts find solace in something that 95 percent of the world’s population does.

This virtual-reality world is an ever-expanding universe that holds worlds of many different cultures for people across the globe to entertain and enjoy themselves. The entire concept of this world was created by James Donovan Halliday and Ogden “Og” Morrow, computer gaming programmers from the 1980’s.

The fate of the OASIS fell upon the shoulders of the one person known in the universe as Anorak which is the avatar for Halliday himself.

Upon his death, Anorak’s image popped onto the OASIS home screen and announced a worldwide scavenger hunt to find several Easter Eggs to unlock the final hidden message left by the deceased Halliday.

His entire fortune will be left to the person who solves all the puzzles and captures all his hidden Easter eggs.

The hunt is on.

Coming from a family that embraced my inner nerd and allowed that awkward kid to come out of his shell, this novel is like finding an old friend that you haven’t seen in years.

The one stipulation that I would give to anyone who decides to pick up the book is that you should probably brush up on your nerd culture before just diving in head first. And no, I don’t mean just the gaming side.

Aside from the countless to references like arcades and old monster flicks, this novel just needs a stern finger to chip at the nostalgic paint before you realize that Cline has many truths that he wants to exploit.

Oklahomans can acknowledge the idea that there must be something different with a higher purpose out there than the world that’s presented in front of you.

Cline sets the world that we walk into the not so far distant future of 2044 to put the current state of affairs into a perspective that we can all understand. This is the same thing that Orwell and Bradbury had done before with books such as 1984 and Fahrenheit 451.

The problem about wanting to be an individual as opposed to being one of a many in a corporate flock is a problem that’s been tried more than its fair share.

Authors such as Cline keep poking at the subject because it is just as relevant today as it has ever been before.

For obvious reasons, Cline chooses some of the most unlikely gaggle of teenagers to fight against the adults or a corporation pending their hostile takeover. It’s a cliche’ that’s practically run through the ground and into the center of the Earth.

Not that it’s the fault of Cline alone. The idea that a story should have a neatly wrapped story is such a cathartic feeling for the reader to experience. It has to deal with the nature of mankind who seeks closure.

Don’t blame Cline. Blame the ways of the world and move on.

But it’s what he does with his characters that should be noticed.

In the fashion of every nerdy, action-packed, feel-good movie, the characters are put through psychological ringers, a love interest, and an epic boss battle with Mecha-Godzilla.

Cline uses the easy-to-read nature of the book to convey messages that your conspiracy theorist friends and rambling professors have been trying to tell you for years. Ideas such as: Be weary of what the government is doing, the status quo should not remain static and fight for what you believe in despite the adversity that you face.

More importantly, be an individual and don’t be ashamed or afraid of who you are. Let that freak flag fly high and proud.

The only real criticism that I have could be found at the beginning. It has to deal with the religious affiliation of the character of Watts.

Watts, being an atheist in the future of Oklahoma, is far more prominent than most Oklahomans in the modern day community. I don’t have a problem with the character or the author being an atheist, it was the notion that Cline wrote his character as an atheist in an extremely arrogant way. You know, the snooty type of guy that goes to an indi-style coffee shop and proclaims his atheism to any and all the people who could care less.

Otherwise, Watts is relatable on almost every other human level.

So, to quote Cline’s character Wade Watts, “as terrifying and painful as reality can be, it’s also the only place where you can find true happiness.”