Q&A with the rock band 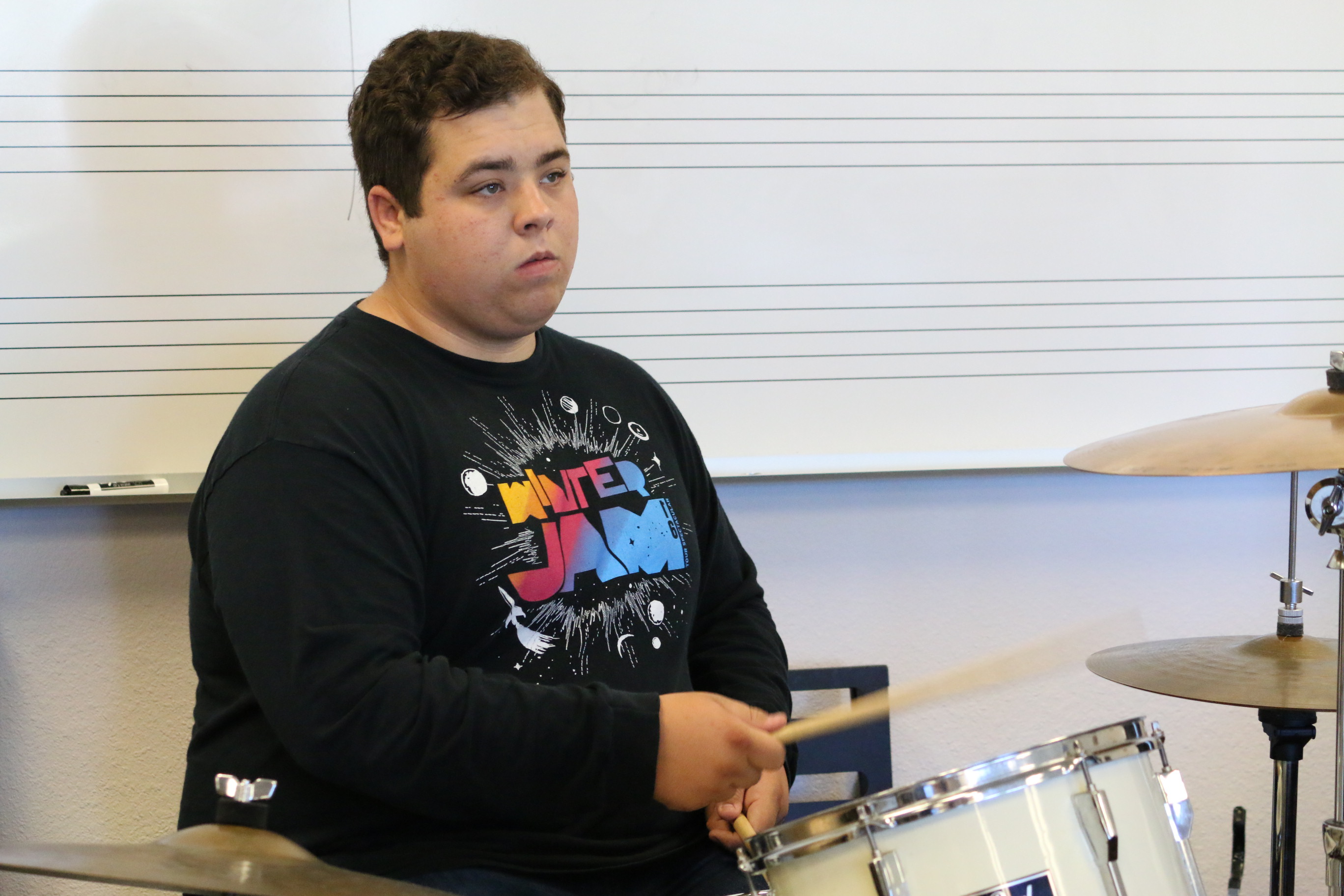 Q&A with the band

Q: How did you get started with the band? 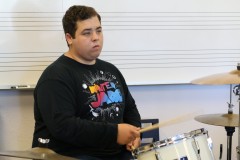 A: “My original major here was journalism, but I took music appreciation to fulfil a humanities credit and I decided music was my calling so changed my major to music. I’m also in choir and chamber chir. I was just walking through the building and I saw a flyer for it so I contacted Mettry. I was a little late to get enrolled for the semester, the current semester, but before the semester started he got with me and said ‘You still interested?’ and I said ‘Yeah, of course.’”

Q: What got you started with music?

A: “It’s more of a family thing, music is pretty big in my family. I was originally taught piano, I didn’t really like it so I picked up drum set and listened to a lot of old music like The Beatles and stuff like that to learn. My grandmother played a lot of guitar, folk music, my mom plays piano so they tried with the piano but I wouldn’t have it.”

Q: What do you have on your playlist right now?

A: “I listen to everything from classical all the way up to heavy metal, rock. Lately I’ve been listening to a lot of Jazz, Motown. Temptations is where it’s at, The Supremes even, but that’s where I want to get trained in Jazz blues and motown, soul music.” 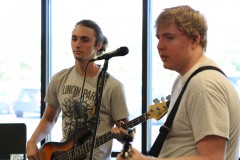 Q: How did you find out about the band?

A: “I enrolled into OCCC, took a tour around everything and saw the flyers. Said ‘You want to make heavy music?’ I said ‘Yeah’,”

Q: What got you motivated to start music?

A: “Started just listening to the radio, heard some bands that I liked. I’ve always, always, always wanted to play guitar, like I’d listen to Metallica mostly and I’d be like ‘Yeah, I want to sound like that.’ So yeah, that’s where it started. Music is pretty much the voice I’ve never really had you know?”

Q: Got any side gigs outside of the school band?

A: “I’m in my band The Black Diamonds. They’re amazing people, I wish them the best, they’re great, talented musicians and everyday whenever I can jam with them it’s awesome.”

Q: What do you listen to usually?

A: “Normally I listen to a lot of heavy stuff like Whitechapel, Die Heart, but bands that really got me into music probably be like more eighties, Metallica, Slayer, [Iron] Maiden, Megadeth, I love Megadeth. It’s rock for the most part, but I sometimes like to listen to rap. I like rap, it’s cool.” 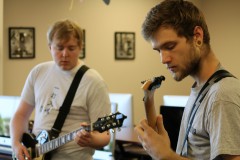 Q: What make you join the band?

A: “I’ve actually already graduated from here, but I decided to take guitar over the summer just because I wanted to learn how to play music. I’ve never taken lessons before, in fact I kind of just played very casually, like we’re talking very simple chords. After the first session, he told me to join the rock band, and I’ve never been in front of people like that.”

Q: What were your expectations?

A: “I was expecting more rock not metal, I like metal too but it’s not just what I’m used to playing. It’s been a lot of fun and very intimidating but rewarding. So, yeah, I’m just kind of thrown in here.”

Q: What got you into music?

Q: What bands are you listening to at the moment?

A: “Right now I listen to this band called Daphne Loves Derby, it’s an absolutely amazing band they have such strange chords, and it’s catchy, really catchy. I also listen to Mew and been listening to a lot of Jazz lately because I’ve been trying to get better with the instrument and if you want to get better at an instrument you learn Jazz, lots of like, fifties and sixties, Barney Kessel stuff like that.” 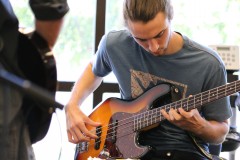 Q: How did you hear about the band?

A: “I was getting enrolled and they basically told me they had this and I signed up. He’s my guitar teacher as well.”

Q: How did you start with music?

A: “Like three or four years ago I got in a bunch of trouble and then moved to my grandparents house and my uncle plays guitar and drums. I picked up a guitar and started doing lessons when I was there. Then I moved back to Oklahoma, I kept going and picked up bass and piano afterwards.”

Q: So your uncle got you into it?

A: “He picked up a guitar and I was like ‘Let me see what you can do’ and he started picking out Stairway to Heaven and I was like ‘Oh my God’ and it sounded so awesome to me and I said ‘I’m going to play that song one day’ and so then I rolled up to the guitar store up there and called my mom. I said ‘I have to get a guitar’ and she said ‘Okay well, if it keeps you out of trouble, I’ll get you a guitar’ so I got it and just ate it up, all day long, everyday.”

Q: What’s on your daily listen?

A: “My music is all over the place, like one day I’ll be listening to EDM music and next thing you know I’ll have metalcore like some hard bands. Then I’ll go back to the roots of what I used to listen to, grew up on, Bon Jovi, Skid Row, Motley Crue, my dad used to play all that stuff. I listen to rap too, I listen to so much music.”