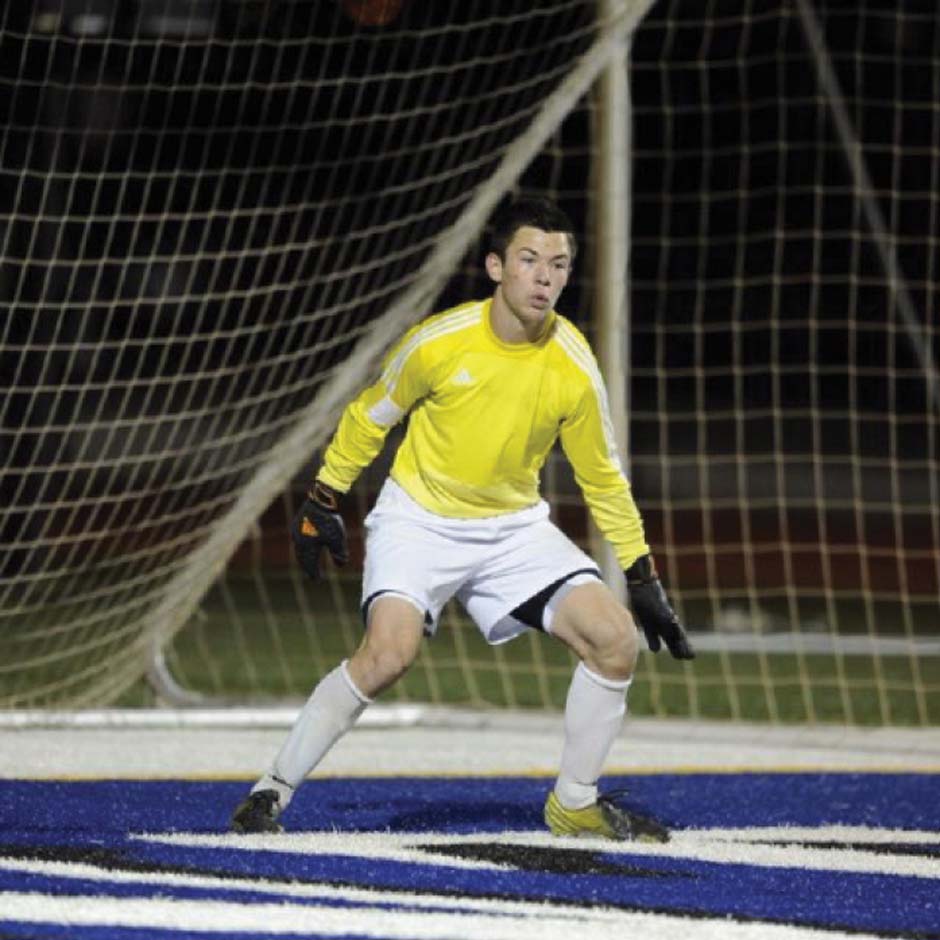 Parker, while being the second youngest player on the team, at age 19, said this is his first year with the team which often sends him to different states, including Missouri, Texas and New Mexico to compete in the Premier Development League, Mid South Division.

Parker is a starter on the Energy’s PDL team or in his own words, “their summer league” he said. He stars as the goalkeeper of the team which finds itself in first place in the division

”I also know how important education is, and that’s why I also want a degree,” he said.

Parker is taking World Mythology and other classes this summer at OCCC.

He is also a fulltime student at University of Sciences and Arts of Oklahoma.

Parker said he is an aspiring business major while also being driven to be the best at the most popular sport in the world.

Despite the fact that he has a lot of fans, Parker said his popularity on a popular city team doesn’t change the way he is treated in college. He said he is given no special privileges when it comes to grades or late work.

“No, my teachers are not flexible,” he said.

Parker said he has to keep balance in his life a priority.

” I just have to kind of always make sure I’m busy with one or the other and a lot of times I have to stay up late,” Parker said.

English Professor Markus Zindelo, who is Parker’s Humanities instructor said he is impressed that Parker can do so well on the field and off.

“Austen’s a star to me in the classroom and out. He should be commended for what he’s accomplishing,” Zindelo said.

Parker may be accustomed to the demands of  a time­-consuming sport and maintaining good grades. Being a football player, and wrestler in younger grades, Parker, said he gave up wrestling and football entering high school at Deer Creek to further his progress in soccer.

”(I) got called up to a national camp where 100 players get called up in selection,” he said, “I went on to play for the region three team for five years … so I knew if I wanted to progress I was going to have to focus solely on soccer.”

OCCC business major Martin Gonzalez weighed in on Parker’s focus on school and his field performance.

“I think (getting a degree) is actually pretty smart. I think he wants to make more money in the long run,” Gonzalez said.

Parker is not the only player on the team focusing on keeping his head in the game and his eyes in the books.

Teammate, Paul Wyatt, a seasoned player for The Energy, played a full season with the team and made around 20 appearances.

“I decided to go back to James Madison University for grad school and then returned this year to play,” Wyatt said.

Parker said he is delighted that soccer is gaining popularity in the US.

”I love how much soccer is growing in the US. There’s a team’s popping up everywhere,” he said.

He said he expects that there will be more potential for collegiate athletes to do what he is doing – juggling the rigors of studies with the ball—soon.