President’s salary to remain the same 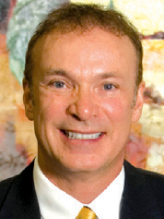 President Paul Sechrist stood in solidarity with his faculty and staff by asking the OCCC Board of Regents not to consider a pay raise for him, he said.

The board found that Sechrist deserved a merit increase, but held his compensation at the current level like all other employees, according to the Board of Regents Recap of the June 16, 2014, meeting.

Though the Board Recap states that Sechrist deserved a merit increase, Sechrist said he declined the raise before the Board had the opportunity to consider it.

“I wasn’t really offered a raise, because I pre-empted it,” he said.

“I basically told them before they had the opportunity to consider it that, regardless of what they thought of my performance, that I would not accept a raise, or certainly recommend that they not give me a raise.”

“I don’t think that it’s good for me to receive a raise in a year that we’re not giving to other employees,” he said.

“If they didn’t get one, in my opinion, the president shouldn’t get one either.”