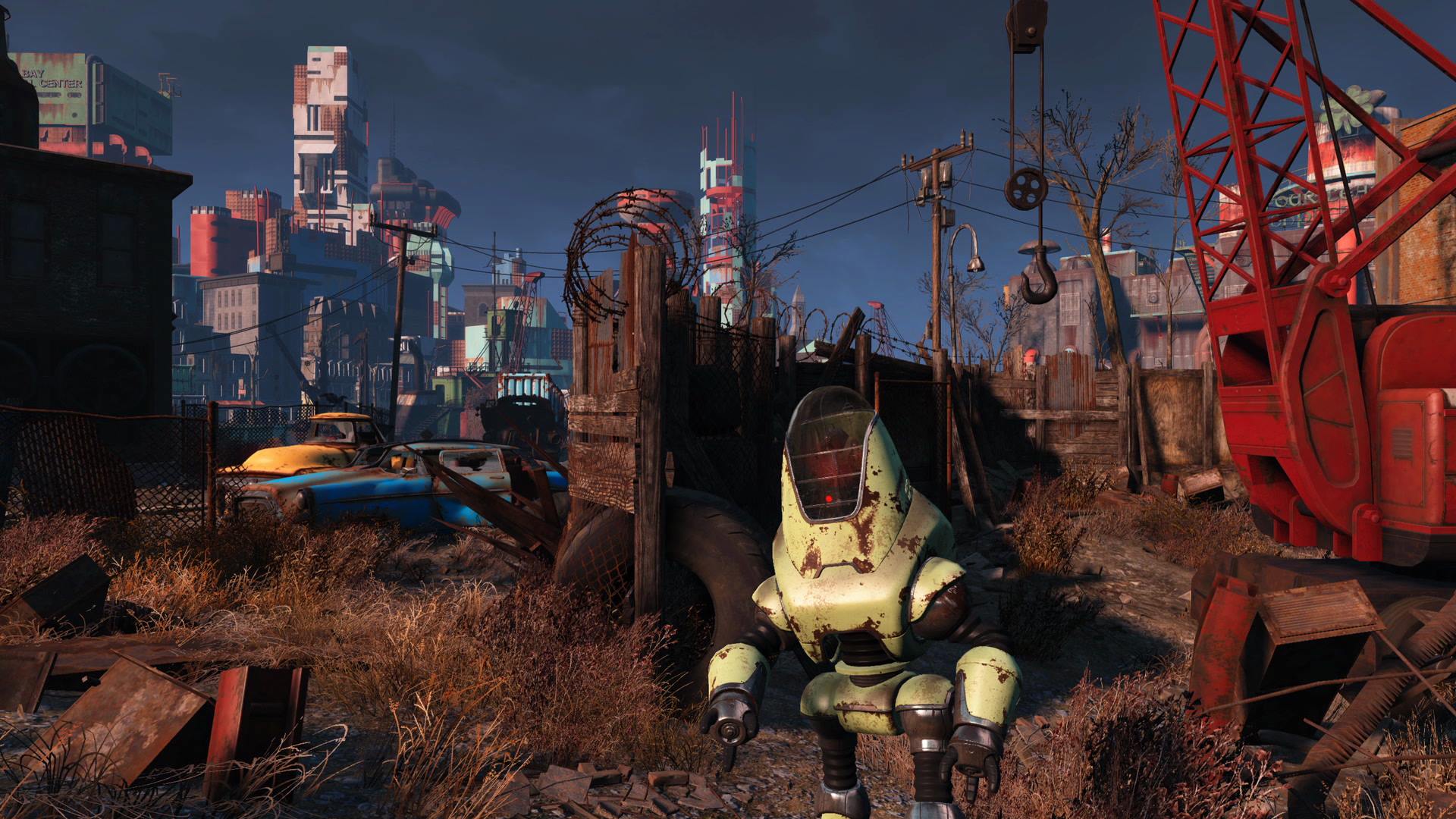 I never thought that I’d be so low on creativity as to review a video game, but the railroad spike going in one ear and trying to come out the other is limiting my ability to reflect and contemplate. So here I am with this latest review.

It’s not quite what Fallout 3 was to 2, of course, but this fourth one is a pretty decent game.

Being a Bethesda product, I spent as much time trying to get it to work as I did playing it, but that is to be expected.

The game takes place several hundred years into an alternative timeline future. It’s a time in which a nuclear war has leveled civilization. This particular game takes place in the Boston, Massachusetts, area.

Despite having been nuked, Boston looks about the same as it does now. The people aren’t much different despite being mutants. There’s a small city in Fenway Park. The rest is pretty much as it is now.

So with high quality role playing games the trend has been toward a “shades of gray” type of morality. Ironically though, this is the first modern Fallout game to accomplish that. In the past your choices were something like, a) save villager, b) cannibalize villager. In this game there really is not a clearcut good and bad guy out of the warring factions to choose from. People are still complaining online about what game faction is right or just. None are, you just need to make the least bad choice.

You will find yourself so very conflicted, I don’t want to spoil how you either kill your son or nuke Boston but it deserves mentioning as a plot element. I went with both personally. That is the beauty of a role playing game. You shouldn’t second guess your moral decision making in a video game, but you will, and that is good writing.