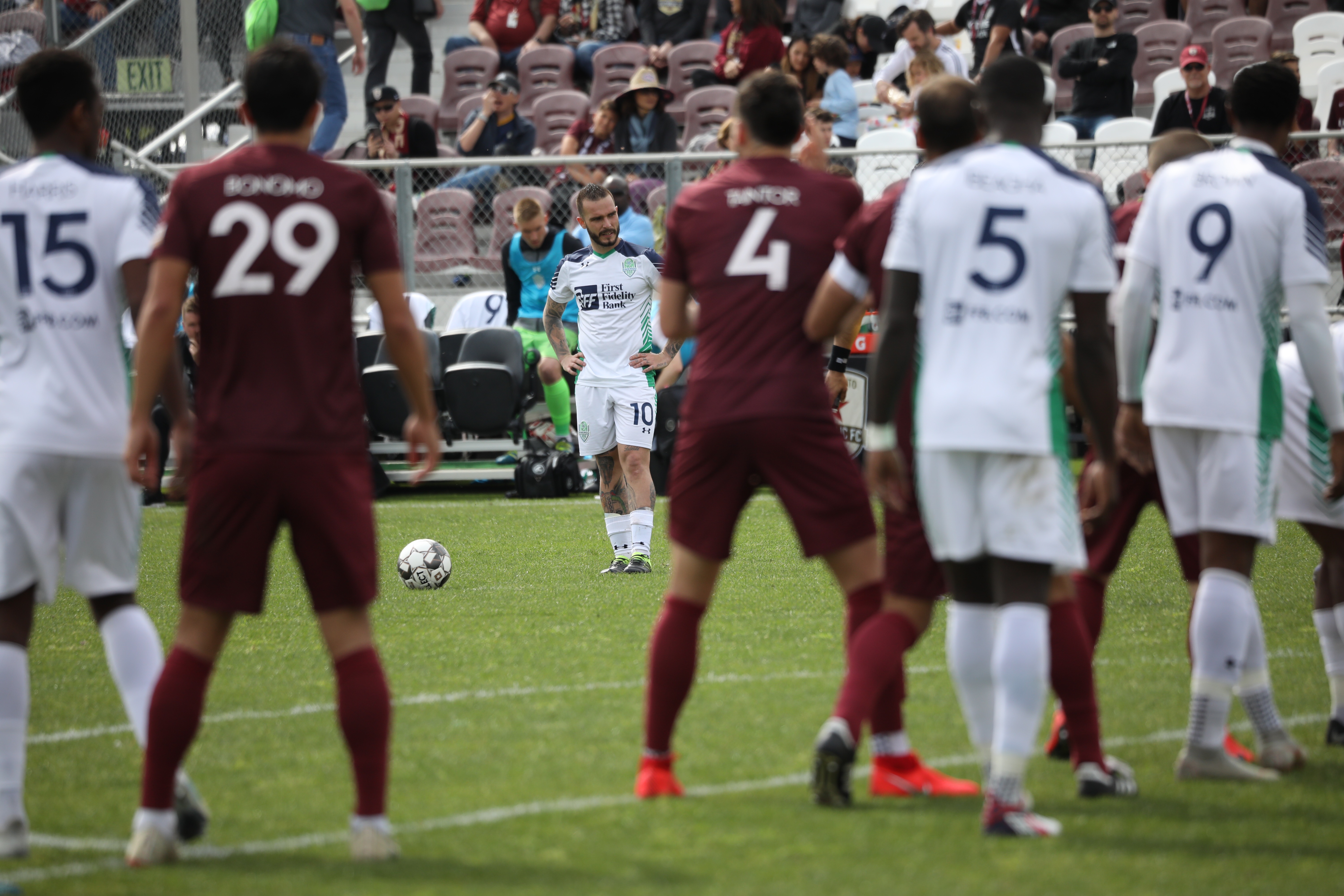 Energy FC were handed their first defeat of the young season Sunday, falling at Sacramento Republic FC by a score line of 4-1.

Oklahoma City dug a hole for themselves early, surrendering a hat trick to Sacramento forward Cameron Iwassa over a ten-minute span early in the first half. The Energy were never able to recover, as the early three goal lead allowed Sacramento to comfortably drop deeper into their defensive half and defend the result for large spans of play.

Iwassa opened the scoring in the 16th minute with a long ranged effort, beating Energy goalkeeper Bryan Byars at his near post. Byars, in the starting lineup for first choice keeper Cody Laurendi, should have done better to stop Iwassa’s effort from distance.

Energy FC found themselves in trouble again just three minutes later as Byars deflected an effort from Republic forward Stefano Bonomo wide of goal, only to foul the forward in an attempt to corral the rebound. Iwassa stepped up to the penalty spot and slotted his shot home with ease, doubling the Sacramento lead.

Iwassa completed his hat trick in the 27th minute as he beat Byars with a phenomenal first time shot from an inch perfect cross by Republic midfielder Mitchell Taintor.

Oklahoma City pegged a goal back for themselves two minutes later as Energy FC midfielder Rafael Garcia won possession in the Sacramento half and beat Republic keeper Josh Cohen at his back post.

Following the goal, the Energy almost clawed their way back into the game as forward Deshorn Brown had two opportunities through on goal, but he was unable to convert either chance.

Sacramento closed the book on any comeback seconds before halftime. Midfielder Sam Werner struck the ball towards the Energy goal, clipping Energy defender Mekeil Williams along the way creating a wild deflection. Byars had no chance to make a quick reaction save, as the Energy were unlucky to find themselves down 4-1 at the half.

Energy FC never quite looked cohesive defensively, as they struggled to get themselves organized without standout keeper Laurendi marshaling the defense. Laurendi was unavailable for the Energy, as he was called up by the Puerto Rican National Team for their match against Granada Sunday.

Despite the scoreline, Oklahoma City still generated plenty of offense. A cross from an Energy corner found midfielder Callum Ross all alone at the back post early in the second half, but he was unable to direct the ball into the net. This chance, along with Brown’s two chances in the first half could have been enough for Oklahoma City to bail themselves out of their early deficit.

Energy FC will continue their brief road trip as they travel to Nevada on March 30 to play Reno 1868 FC.