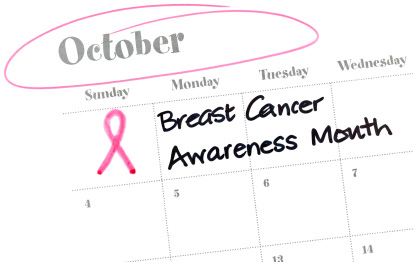 Many will be showing off pink ribbons during the month of October. Since 1985, October has been designated as Breast Cancer Awareness Month in order to show support for those affected and to raise awareness.

According to womenshealth.gov, breast cancer affects one-in-eight women, making it the second-leading cancer killer of women in the U.S.

Most everyone has known someone with breast cancer. Although there is currently no cure, there are many ways to create awareness about treatment options and getting yearly checkups.

The sale was in support of OCCC student Debbie Martinez, a cancer patient who is well-loved among medical students. The group raised nearly $2000 in her honor.

Public relations major Justin Knight, who attended the bake sale, said breast cancer awareness is something very personal to him.

“My mom had breast cancer,” Knight said. “Anytime I have a chance to give back, I do.”

Bake sales are not the only way to get involved. The annual Susan G. Komen Race for the Cure will take place in the Bricktown Ballpark in Oklahoma City on Saturday, Oct. 27.

Business major Rachel Manyen, who has participated in the walk for a few years now, says breast cancer has been prominent in her family and she believes research towards a cure is important.

“It’s a disease that can plague your life and the treatments are hard and don’t always work,” Manyen said.

“Even if we cannot find a cure or preventive measure, a new means of treatment that would not be so harsh on the body would be a blessing to thousands of women and their family.”

Local people aren’t the only ones getting involved. Several celebrities have stepped up to help fight the battle. Talk show host Ellen DeGeneres is among those raising awareness.

DeGeneres, whose mother is a breast cancer survivor, has for the past several years, invited guests during the month of October to be placed in a dunk tank on her show in order to raise money for the cure.

Celebrity guests who have entered the tank include actor Jack Black, major league baseball player Matt Kemp, and more recently, actor Liam Neeson, who even wore a pink speedo into the tank.

Other celebrity breast cancer activists include Sheryl Crow, Olivia Newton-John, Kylie Minogue and Suzanne Somers, all of whom have overcome their own breast cancer diagnoses.

Other notable companies in support of the month include Estee Lauder, New Balance, Panera Bread and Ticketmaster.com, which has agreed to turn all tickets sold during the month of October pink.

In addition, a portion of the money made from NFL tickets sold during October will be given to organizations such as the American Cancer Society.

Undecided major Holli Davis says more people should care when it comes to this cause.

“Breast cancer is growing in abundance.” Davis said. “Before you know it, it may directly affect you,

“The more you give to the cause now, the better our fight will be down the road.”

To register for the Oklahoma City Race for the Cure Walk or to learn more about breast cancer visit http:// komencentralwesternok.org.