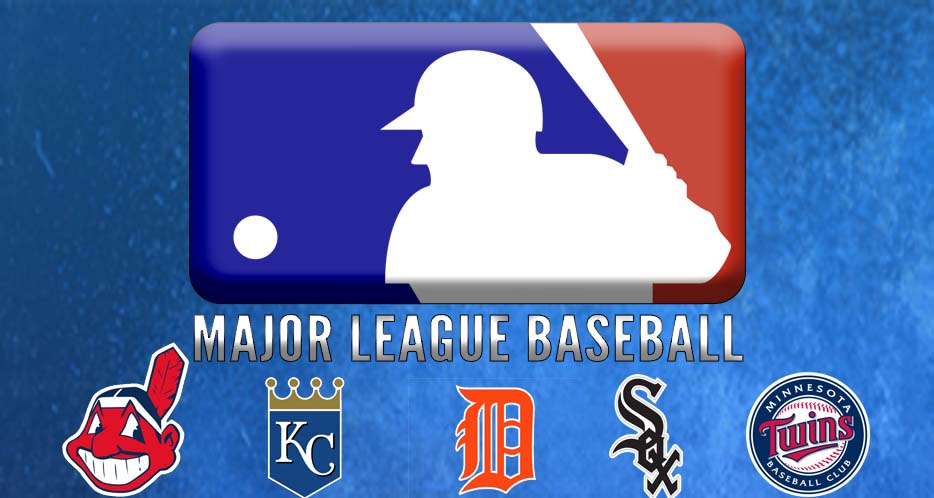 In the past three seasons, the eventual American League Champions have come from the Central division. In 2016, the Cleveland Indians won their first American League pennant for the first time since 1997 and took the eventual champion Chicago Cubs to Game 7 of the World Series in 2017. The majority of last year’s Indians team will return with their eyes set on winning the franchise’s first championship in 69 years. The Kansas City Royals and Detroit Tigers will compete for second place and a possible wildcard. The White Sox are officially rebuilding, but some things never change. The Sox tend to get hot during the first three months of the year before dying off, never to be heard from for the rest of the year. And with little changes during the offseason, it looks like Minnesota is in for another year in purgatory.

Cleveland Indians – Cleveland enters 2017 as the defending American League Champion with sights on another trip to the fall classic. After losing two starters to injury last year in the postseason, the Indians enter 2017 with one of the top rotations in the league. They signed free agent slugger Edwin Encarnacion to fill the void in the middle of the lineup after Mike Napoli left for his third stint with the Texas Rangers. He last played for the team in 2015, after setting career highs with 34 home runs and 101 RBIs with the Indians a year ago. Encarnacion comes to Cleveland after spending the previous eight seasons with the Toronto Blue Jays. In 2016, he finished with 158 hits, 99 runs scored, 42 homers, and 127 RBIs, which trump Napoli’s numbers by a large margin. His addition to an already solid core in Jason Kipnis, Carlos Santana, Lonnie Chisenhall, and Yon Gomes should bode very well as the Indians prepare for a deep postseason run in 2017. Projection: 92-70

Kansas City Royals –  Thanks to a tight budget and very little room in the salary cap, the Royals were unable to make much noise during the offseason and instead were forced to part ways with some fan favorites. Closer Wade Davis was traded to the Cubs for minor league outfielder Jorge Soler, who was a benchwarmer for most of his time with Chicago; outfielder Jarrod Dyson was traded to Seattle for pitcher Nate Karns; starting right hander Edinson Volquez signed with Miami, and slugger Kendrys Morales signed with Toronto. The hole in the pitching rotation was dug deeper when news surfaced about starting ace Yordano Ventura, who tragically passed away in a car accident in the Dominican Republic. The talented 22-year-old became known for throwing 100 mph fastballs with the greatest of ease and was one of KC’s most valued prospects. In an effort to fill the void left by Ventura, the Royals added former Cubs pitcher Jason Hammel to the rotation. As long as the pitching remains solid and the bullpen doesn’t crack, the Royals should have a fulfilling season. Core players, Alex Gordon, Lorenzo Cain, and Mike Moustakas will return to the lineup after being placed on injured reserve in 2016 and young prospects Terrance Gore, Christian Colon and Raul Mondesi will add some extra juice to the Royals offense. Projection: 87-75

Detroit Tigers – Detriot will aim to make the postseason for the first time in three seasons following an 86-75 campaign in 2016. The Tigers had the option to bring up their young prospects for the upcoming season but aside from trading outfielder Cameron Maybin, Detroit has decided to stick with their aging vets for at least another year. At the start of the offseason, their decision looked like it might cost them a playoff spot. However, as the season approaches, Detroit’s veteran club suddenly appears to be a legit playoff contender after their rivals tore down their rosters during the winter. Detroit’s 2017 campaign will come down to whether age catches up to their veteran stars like Miguel Cabrera and Justin Verlander. If the Tigers can stay healthy and their aging stars play like their former selves, then it should be enough for Detroit to make the postseason. However, if this season’s campaign turns into a total dud, then expect the Tigers to begin a youth movement of their own.  Projection: 84-78

Chicago White Sox – Falling to 78-84 in 2016, Chicago has not seen an 80 plus win season in five years and have officially stated that the club will forego rebuilding mode in 2017. They started by getting younger, improving their farm system from one of the worst to one of the best by dealing long time starting pitcher Chris Sale to the Boston Red Sox for pitcher Michael Kopech and 2B Yoan Moncada as well as sending outfielder Adam Eaton to Washington for pitching prospects Reynaldo Lopez and Lucas Giolito. Compared to other teams, however, the Sox aren’t as bad as the word ‘rebuild’ suggests. Chicago still has a good core lineup with Tim Anderson, Todd Frazier, Melky Cabrera, and Jose Abreu. They may not be a ‘playoff caliber’ team but they could be the division spoiler for teams like KC and Detroit, whose only hope for a playoff berth is the wildcard. Projection: 77-85

Minnesota Twins – After an agonizing 2016 campaign that saw the Twins lose 103 games, Minnesota has hired new Chief Baseball Officer Derek Falvey, formerly with the Indians, and General Manager Thad Levine in attempt to turn the ship around. With the pledge to build a team that’s capable of sustaining success, the Twins made a splash during free agency by signing catcher Jason Castro to a 3 year contract worth $24.4 million, the richest free agent contract for an outside position player in franchise history. Minnesota made some slight adjustments after that, but nothing major to get them out of the division basement.  Projection: 62-100