May flood damage estimated at nearly $1,600 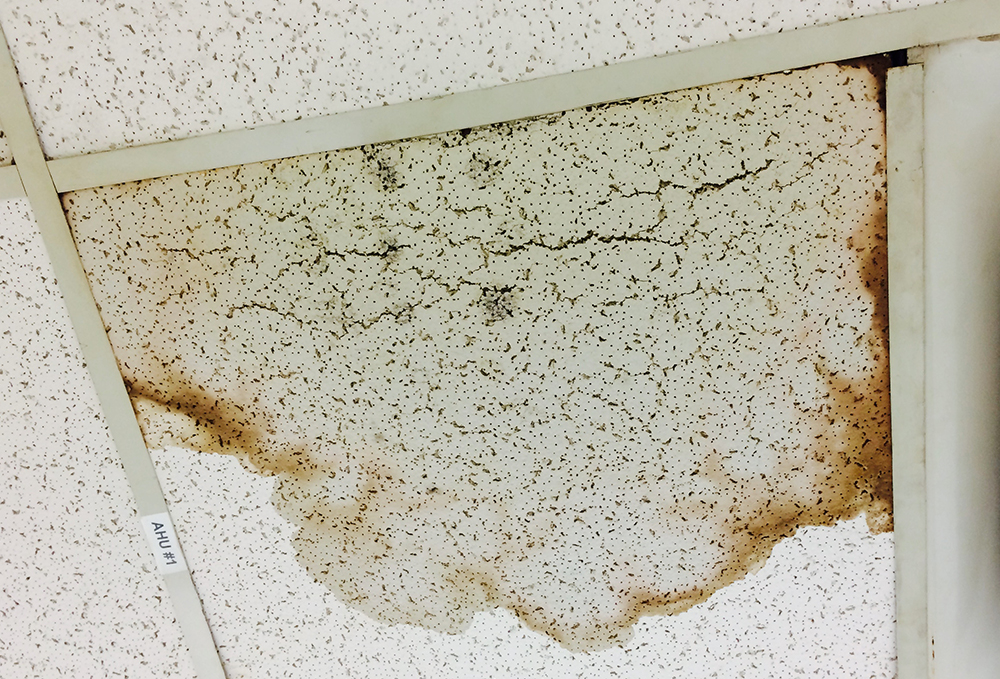 Crews had to be brought in to assess the damage, Snow said. He said it took a total of six hours to address the immediate need, and a total of 66 worker-hours for them to resolve all issues.

The areas that were most flooded were the Social Sciences Center, Aquatic Center, Transportation Technology Center, and Bursar’s hallway, said Administrative and Systems Specialist Kevin Brannan, who had inspected the flood damage.

Brannan said the FACE Center and the Main Campus buildings were most affected.

In the FACE Center, he said, rooms 28 and 32 had the largest number of damaged tiles, which were replaced by the Amalgamated Inspection and Repair crew.

In total, 32 ceiling tiles in the FACE Center were changed, Brannan said.

WFF personnel, the custodial contractor who services the main campus as well as the satellite location at the FACE Center, along with workers from Facilities Management, began addressing the flooding on the main campus on the evening of May 23, Brannan said.

“The volume of water was more than the college’s drain systems could handle,” said Snow, when explaining how the Bursar’s hallway and Aquatics Center had flooded.

Brannan said extraction crews abated the water and fans were set up to facilitate the drying process.

Post-storm inspection discovered 12 ceiling tiles in the Social Sciences Center and the Library were heavily damaged or collapsed due to the rains. A.I.R. crew members were dispatched to replace these, he said.

Snow said detailed carpet cleaning was required in the Transportation Technology Center after it had suffered damage from the water.