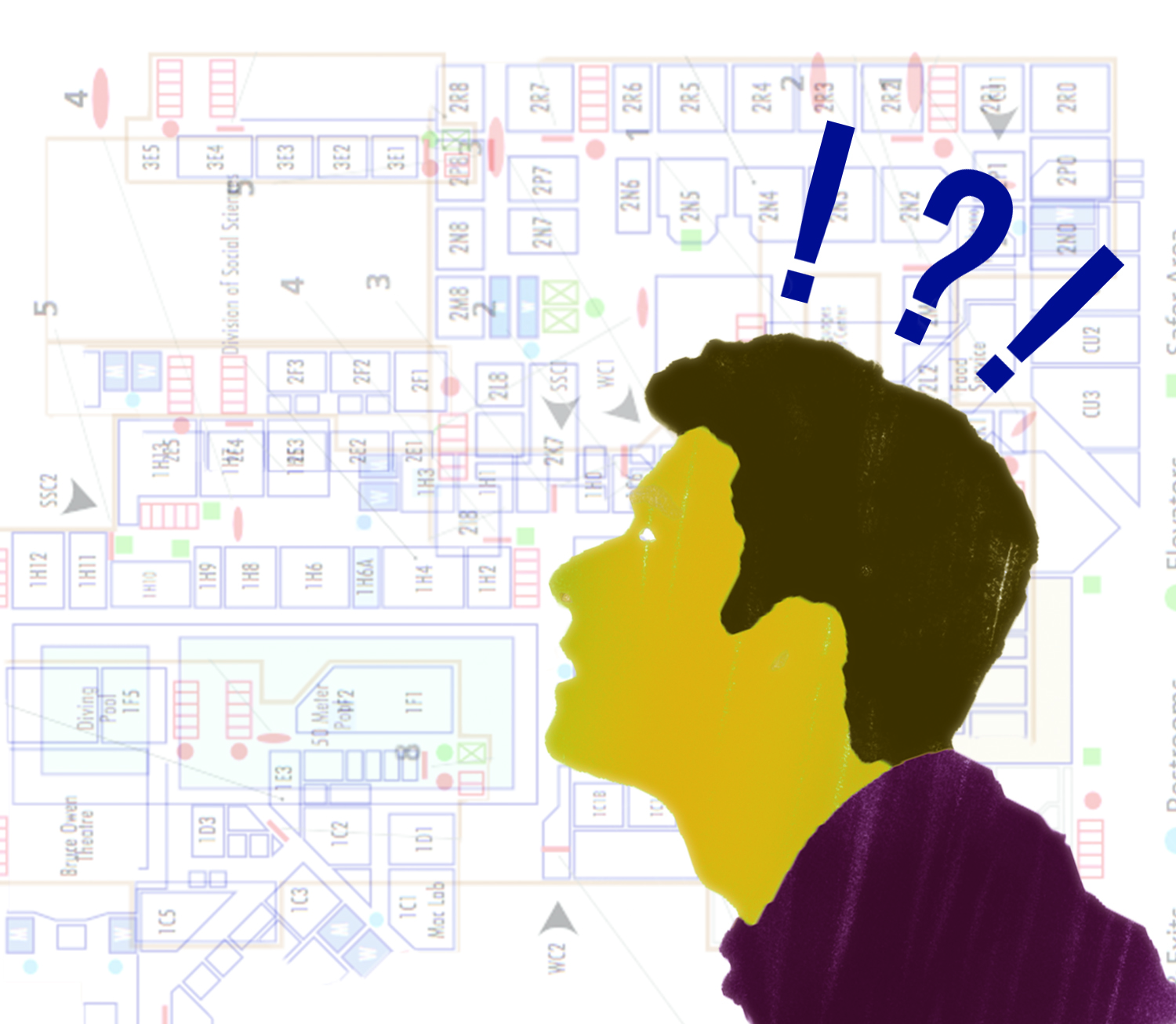 At the beginning of each semester, new students face difficulties navigating around campus — even when using maps. Web Development and Social Media Supervisor John Richardson said there are three types of maps on campus: the MyWay map website, located on the OCCC homepage, map signs around campus and regular paper maps, which are available in most offices.

“Other than the online MyWay system, we continue to produce paper copies […] and signs all over campus with Wayfinding as well,” Richardson said. — maybe don’t need this quote

Based on OCCC’s open records, the budget for setting up, operating and providing navigation tools cost nearly $2750 one time and $299 monthly fee for Campus Bird Subscription.

Richardson said it is really difficult to tell exactly which method is the most efficient for the students to use. They are trying to provide more options for students, he said.

“Different people are going to find more values with different types of communications,” he said. “I like to think that the online version is going to be the most valuable to students,” Richardson said.

He said he will continue to improve the website such as adding more details and functionalities to provide more advantages for students. However, when asked, seven out of 10 students were unaware of the MyWay online mapping system.

He said he had some problems navigating the campus in the first few days of the fall semester.

“I have to go around and ask people inside different buildings to get to know where the place I am at, my first classroom, and I don’t really understand the map.”

He said the method he mainly uses to navigate around campus is to identify some specific places such as The OCCC Coffee Shop or specific stairs.

Jakes said he needs at least a year to be familiar in using the map and the signs. “The (paper) map shows you places but [the real places] don’t really match with descriptions on the map,” he said.

Diversified Studies Rachel Hackney said she has had the same problems when navigating.

“I got lost a few times. Mostly it was people showing me where to go,” Hackney said.

She said the most helpful navigation for her is the standing signs around campus.

“I knew OU has a [mapping website] but I didn’t know we have one here,” Hackney said.

Richardson said the online map was launched at the beginning of fall semester and wasn’t widely noticed by students.

“We didn’t have opportunities to promote it and create a higher level of visitability for it,” he said.

Some students have found MyWay more useful than the other versions.

Nursing major Tessa Ingram said she finds the online map easier to use than the paper maps.

“It is more clear about the direction to go,” Ingram said. “I asked [people] during the Opening Day ‘which route better to use?’ and I was told to use the online (version). It helps me a lot.”

She said even MyWay might not help her find way to an exact classroom but it is helpful for her to locate every building on campus.

“It helps me go throughout the hallway because I usually got lost from building to building,” Ingram said.

Omar Leija, Emergency Medical Service major, said he uses both kind of mapping method for his navigation on campus. However, he said he enjoys using the MyWay more because of its convenience.

“I prefer the online one because it is more easily accessible,” he said. “Whenever I need to know where something is I just pull [ MyWay website] out on my phone and it is a lot easier to get to.”

He said although the online version is not perfect, it is still more helpful to him.

Richardson said he is planning to address MyWay with students in the spring semester.

But the issue doesn’t stop there — students also have problems navigating with paper maps.

Pre-Dentistry major Andrew Pham said the OCCC paper maps were not very helpful for him for locating classrooms in his first semester.

“I have a map that they gave me but I did not know how to get to use it, so I just asked people around,” Pham said.

Richardson said he also receives some suggestions about the MyWay issues. “We met with a small student focus group this semester […] getting their feedbacks on the system,” he said. “Most of it has to do with navigating one spot on campus to another spot on campus.”

“We pass those [suggestions] along to the developers of the system. Some of the suggestions of the students made are already in the work with our vendors,” he said. “So we look forward to those being implemented in the future.”