Love Isn’t Easy, But It Is Worth It 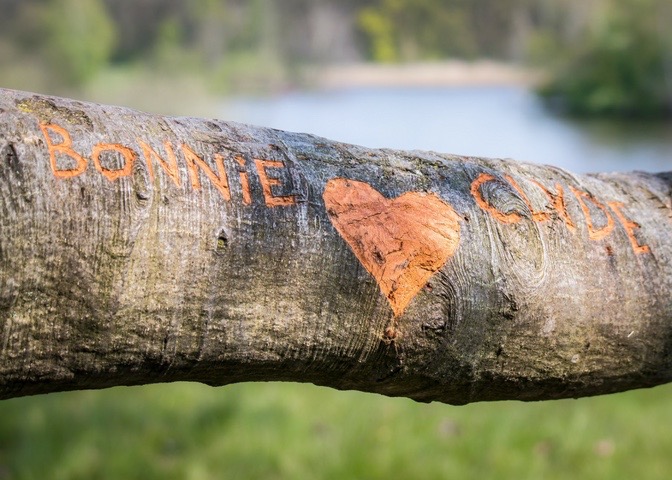 Love is lost and found, cherished and abused and all over the place. In 2018, people have yet to find out what true love is, and the ones who do, know to hold on to it.

Ben King, 19, owns his own construction company. He has been with his girlfriend, Morgan, for two years now. He says one day he will build his own house when he gets married and has children.

“It’s taken so lightly today, it’s almost like a game for some people. Like, am I picking the right one?” he said. “You can connect with somebody in a way that is so good as a friendship or a partnership, but not a relationship. Those are very different. And you need to have all three to have a good marriage.”

The United States Census Bureau reported that 47 percent of Americans ages 15-64 were married in 2017, and 9.3 percent were divorced.

“And that’s another reason why people get divorced so fast, it’s because they haven’t lived their lives and experienced the things they’ve wanted to experience. They rush into it,” King said.

In college, and in their early 20s, is where people say they, ‘find themselves’ and ‘try new things.’ However, most of them associate that with sex, and frequent sex with multiple partners.

“As long as you’re not stealing them from somebody else, you’re not playing them as fools, and you’re being respectful and clean about it, there’s nothing wrong with it in my opinion,” King said.

He said he is not a hook-up culture person, but that he is definitely a “one and done” kind of man.

“I look forward to having a wife more than anything because that’s the person I know is gonna be there for me the way I will for them. Instead of this hook-up culture where you wake up and the person is gone before you even get to say bye. That’s not very thrilling or fulfilling,” King said.

Denise Spillers, 45, is a registered nurse who has worked at several hospital emergency rooms in the Oklahoma City metro over the years. She said she’s seen examples of true love while on the job.

“I worked many years in critical care, which afforded me the opportunity to be there at the passing of many people,” she said.

She’s seen couples who have been together more than seventy years and have stayed by each other’s side, despite the uncomfortable hospital furniture and life.

“Just the simple things – the ‘I love you’s’, the ‘that’s my beautiful wife’, the ‘you know the doctor said you’re not supposed to have soda,’ kind of caretaking love which,when done right, can be quite sweet,’ she said. “I’ve even seen love. in the kindness of strangers in the face of death. People are often so much more thoughtful and respectful to total strangers when a family is faced with a serious illness or potential loss of a loved one. This too, is love.”

Spillers said when it comes to falling in love, she’s not sure there is such thing as the one, but when she is in love, it is unconditional.

“If I see myself regarding my partner in an unconditional nature, and putting their needs before mine, but not to the exclusion of mine, and respecting them without losing that respect after a little time has passed, I believe that is love for me,” she said.

In the process of falling in love and being in love, comes a stage called the “honeymoon phase.” It reflects the excitement of a new relationship, where partners can do no wrong, and everything is euphoric.

“I think of it as the infatuation phase, and I believe it’s an inevitable step,” Spillers said. “I know people who have spent their entire lives going from person to person until this part fades, as they consider it the only real part.”

She said the solidification of a relationship into a more mature partnership is actually the best part, and the emotions heightened during the honeymoon phase will show up occasionally throughout a healthy relationship. “Love is work,” she said.

“Give as much of yourself as you can, in whatever way your partner needs.  A healthy relationship means you’re getting equal back in return, so it all evens out,” she said.

Spillers said if you love someone, trust them.

“You can’t love someone you can’t trust, so don’t doubt the one you’re with. Don’t give in to human nature that might tell you to doubt your loved one. Love is trust,” she said.

Jennifer Dawn, 37, says her recent reunion with her boyfriend 20 years later is like a fairytale.

They met when she was eight, and her boyfriend, Chris, was ten. “In 1996, we started dating in highschool. He was my first real dating experience,” she said.

She said she ended the relationship to date another woman and “broke his heart.”

In 2004, they saw each other again, but things didn’t go well, and never spoke again until he reached out to her on Facebook this past September.

“He took me to the botanical gardens the next day and we have been together since. We jumped head first so we are still learning about each other daily,” she said. “I live by that saying, ‘If you love something set it free. If it comes back to you, it is yours and if not it was never meant to be’,” she said. “I couldn’t see my life without him.