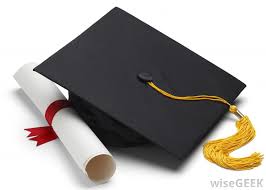 Often, the liberal arts are dismissed as being unnecessary in preparing a student for the workforce — or for the majority of popular career options at the present moment.

Data shows that the number of liberal arts majors and classes in which they are enrolled is dropping at universities such as the University of Maryland at College Park. Recent actions in Oklahoma to rid the curriculum of Advanced Placement U.S. History is another indicator of the devaluation. It’s important to realize that liberal arts are more than extracurricular fluff. The monetary benefits they provide and their historical importance deserve respect.

The liberal arts have been fading from universities for some time, evinced not only by figures previously mentioned, but also by measures taken by states like Virginia to remove subjects like English from being a required major for those trying to teach secondary school English.

“ … I don’t want to subsidize that if that’s not going to get someone a job,” he said.

Roughly 18 percent of OCCC students had an active liberal arts major in their records in the 2015 fiscal year, according to Institutional Research Analyst Matthew Eastwood.

Much of the departure from liberal arts also is due to the rising popularity of so-called “pre-professional degrees,” or degrees that many feel are more likely to land them a job directly out of college.

Modern Language Association Director Rosemary Feal attributes this to the economic crisis of 2008, saying, “With student debt and increasing tuition, many students who would prefer to declare humanities majors might be challenged or advised to declare a ‘practical major.’”

This past weekend, I had an opportunity to listen to one of America’s greatest modern historians, David McCullough, give a lecture about the Wright Brothers while promoting his new book about the duo.

What really struck me while listening was the fact that neither Wilbur nor Orville even finished high school. However, they received a rigorous homeschool-styled liberal arts education, learning mastery of the English language while being schooled in the classics like Virgil, Plutarch and more.

In short: the two men responsible for what is arguably one of the greatest technological advances in the history of the world had only what we would call today a self-taught liberal arts education.

If that isn’t enough proof of the effectiveness of a liberal arts education, consider that a study released in 2014 by the Association of American Colleges and Universities revealed that in an average American’s peak wage-earning years — ages 56 to 60 — someone with a liberal arts degree would be earning $2,000 more than someone without such a degree.

Ninety-three percent of employers surveyed by the AAC&U said they prefer critical thinking skills and clear communication over knowledge of a specific area or a specific undergraduate major. The same survey also said 74 percent of employers would recommend a liberal arts education as “the best way to prepare for success in today’s global economy.”

By no means should pursuits in science and mathematics be ignored or trivialized. However, there should not be a push to banish the liberal arts. They should not be labeled as useless or detractors from a state budget because, who knows, they might just teach you how to fly.