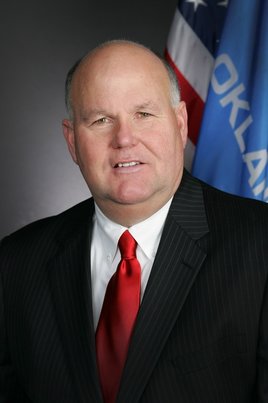 State Auditor and Inspector Gary Jones says what Oklahoma is facing right now is “like a giant jigsaw puzzle.”

“You got the state finances, the budget, the individual agencies, federal government, county, city, schools, and you got all these pieces to fit in this puzzle,” Jones said. “The difference between me and anybody else running is that I know what the picture is supposed to look like.”

Jones is running for Governor in 2018. 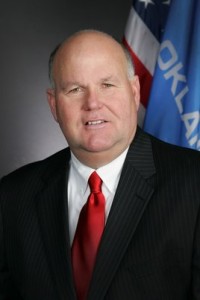 Jones says he understands the financial mess the state is in and says he knows what it will take to fix it. He wants to repair the budget and finance to a system he described as “open and transparent.”

“I have pointed out the flaws in our budget process since I’ve been in office,” he said. “We have ethics rules now that allow lobbyists to have more influence over the legislators, and I want to reduce that. We’ve also changed the rules that up the amount of money that people can give to campaigns and I want to roll those numbers back. I think we have way too much influence of money in politics. I want to reform the ethics rules that govern what people can take in gifts and meals and also the ethic rules that say the process is more fair for everybody.”

In an editorial written in 2013, Jones proposed a needs-based budget approach. He wrote that agencies use current funding levels as a base amount and typically request an increase for the next year. Oklahoma has always followed this exact budget process.

“[Needs-based budgeting] is a great way to reduce inefficiencies and waste out of government because your budget’s based on what’s needed, not what has historically been done,” Jones said.

In 2012, Jones tried to get three different bills passed that would have allowed his office to audit every major agency on a rotating basis.

“Everybody wants to talk about ‘audit everything’,” he said. “We’ve been trying to get that authorized since 2012.”

The first bill was passed by the House but did not get through the Senate because one senator stalled the measure. Jones’ office created a poll about the bill. Seventy five percent of Oklahomans favored it and only 12 were against it.

Jones tried again with second bill in 2015 that would have created a joint committee on accountability. It would have included members of the House, Senate, and the state auditor’s office.

The bill was passed but was then, again, stalled by the same senator. The senator, Jones said, got in contact with Governor Mary Fallin’s office. Fallin vetoed the bill.

This year, Jones and his staff worked with members of the Legislature to pass a third bill. He said there were three different performance bills to pass the House.

“Ours got overwhelming bipartisan support and it passed 87-3. But I never got a hearing in the Senate,” he said. “I know how to do the risk assessments, I know how to determine which ones needs audits based on the greater need. And that’s what we’ll do.”

Oklahoma’s education system, Jones said, is one of the state’s biggest problems. He said officials try to micromanage everything.

“I would like to see more money given to the classrooms,” he said. “We need to keep our highly-educated professional teaching staff because we’re losing them left and right.”

Jones said he would not sign a budget that does not include a fair teacher pay raise.

“So many different things that we do right now revolve around the budget,” he said. “So we have to prioritize and who better than a CPA (Certified Public Accountant) and an auditor who really understands the numbers.Every person we’ve hired has an accounting degree or at least 10 years experience in accounting. So that’s why we’re able to get so much done with what we have. We’re not playing those political games.”

To appeal to a younger demographic, Jones said politicians have to show them that they care, and show them there’s a future.

He referenced Dr. Tom Coburn, who ran for United States Senate in 2004.  Coburn, Jones said, told Oklahoma that the state was “at risk at being the first generation that leaves the next generation worse off than we found it.”

Jones said with the debt and uncertainties the state has, politicians have to fix those problems and prove the next generation that they care and show younger voters that “it’s not just lip service.”

He also wants voters to know that he has a work ethic second to none.

“I have strong reputation for doing what I say I’m going to do. I have a record of working together with people to get things done. And that’s what we’re going to have to do to straighten this state out,” he said. “It’s not about being a Democrat or Republican. It’s about serving the people of Oklahoma.”