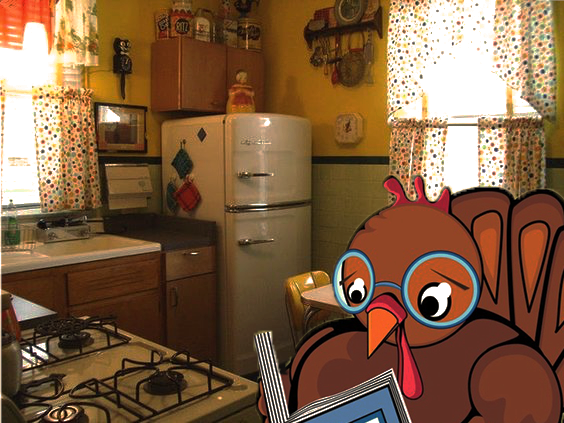 The time for the wind to chill and the kitchens to come alive has arrived.

We all picture our families acting like the Norman Rockwell painting, the father and mother at the head of the table setting the turkey down. All smiles and laughs with not a sense of stress on anyone’s face.

The problem with art is that it represents something which could work for some, but not for all.

Many families deal with aunts, uncles, grandparents, and cousins coming to town to gather in one house to enjoy a meal together.

As Psychology Today reported in 2014, “the more people involved in a given situation, the more likely a dispute is able to occur.”

What many people are never told and have to learn is that Thanksgiving is more than a holiday: it’s a dance.

Thanksgiving, from the minute you walk through the door to the moment you leave, is a dance on eggshells, half-cracked from the tension.

It’s tense because the hosts are set on the event going well and nothing going wrong. 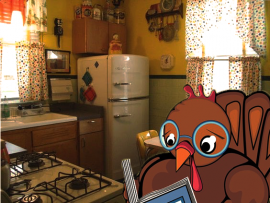 It’s tense because half the guests want the same thing as the hosts.

It’s tense because the other half don’t give a damn.

As we gather closer to the edge of the holiday season, allow me to be your guide in shuffling through the minefield that could be your home.

This should go without saying. Yet somehow, every year there is an off – the – cuff comment about a cousin being an atheist, who’s sleeping with whom, and how good or bad the President is doing. It’s topics like these that are a certain way to send a spark flying into the powder keg.

Nobody needs to know what your sex life is like with your significant other.

Nobody needs to know what god or gods you believe in or don’t.

Nobody needs to know who you voted for in the 2016 election.

The only things you need to concern yourself with are the locations of the bathrooms, the juiciness of turkey, and whether or not everyone at the dinner has enough on their plate.

Without fail, someone’s shirt or blouse is going to be ruined by turkey drippings or dropped food. People sometimes forget how to eat amid holiday conversations. These are the times when families catch up from the last holiday gathering.

Instead of grabbing your favorite sweater or polo pullover, try a casual button-down or nice looking t-shirt. Try not to wear the nice dress you wore for your friend’s engagement party, when you could dress in comfortable sweater with a pair of jeans that form-fit to your legs.

Try not to think of the holidays as a high – fashion catwalk to showcase the latest piece of clothing you got on sale.

Chances are I will laugh when you drop something on that expensive sweater that you bragged about for an hour.

If you’re looking for a successful wardrobe, wear something you’d be comfortable going to Wal-Mart or church in.

3.) Remaining on Your Phone

You’re sitting on the couch next to a grandmother you haven’t seen in over a year. You both watch the Macy’s Day Parade. Float after float goes by, and you can feel the tension rising between the two of you.

One of you has to say something, or squirm in anticipation.

By the time you ask her something, she’s begun her hour long rant about how the world is going to hell in a handbasket. It’s a speech you’ve heard since you were a child. You cannot stand another second of it.

You text your friend something like, “Kill me,” or, “There is nothing I want more than a pair of headphones and a tumbler of whiskey.”

By the time the text is sent, your grandmother is bringing out her old soapbox about how millennials are out to ruin the American way of life.

In general, it’s rude to bring out your phone in the middle of the conversation. It’s understandable to want to escape an event you’d otherwise prefer to step out into traffic during. A report from Psychology Today says, “approximately 60 percent of mobile phone users experience nomophobia, a combination of the words no, mobile, and phobia, meaning a fear of being parted from one’s phone.”

For a few hours, break the cycle. Have a normal conversation with someone you haven’t seen in awhile. Listen to their stories.

After all: life is about the sacrifices made for the sake of love.

4.) Not Praying at the Dinner Table

I was lucky enough to grow up in a family as diverse as the reading rainbow kids.

My family is filled with Christians, agnostics, atheists, and Jewish people. It has allowed me to experience different styles of thinking.

That being said, this will never stop the elder of my family from standing at the front of the table, and saying a prayer for all he holds dear.

This rule’s purpose isn’t for me to try and convert anyone to any religion.

I’m a writer, not a salesman.

What I’m saying is that it is incredibly uncomfortable to not bow your head, at a table filled with bowed heads, and to catch the eye of someone who is firm in their belief.

This uncomfortability is magnified when you get questioned as to why you didn’t bow your head in the first place.

If you’re not endowed in religion and you find yourself in this moment, bow your head. Try to think of anything. When looking for an example, use mine.

“Who would win in a fight: Gandalf or Dumbledore?” This is the question I ask myself.

Gandalf, by the way, would win.

5.) Not knowing when to leave

The table has been cleared. People scatter around the house to take their turkey – induced nap. Sounds of the football game attempt to mask the alternating snoring from each side of the room.

As you make your way for the second slice of pecan pie, the house is a lull.

If you were looking for a moment to say your goodbyes, and head back home, it would be 30 minutes after you realize this.

A holiday party is made by the first person to arrive, and the last person to leave. At any given party, there are people who stay longer than they are welcomed to. Typically, these people consist of those that are the closest to the hosts.

What those people don’t realize is that the hosts are thinking of the best way to tell people to get the hell out of their house. I’ve always found this moment to be the most fun.

It’s like bringing in good, homemade, barbeque into your house: It’s a great idea, we all enjoy it, but it’s the smell of it that lingers until you light some candles and spray enough Febreeze to kill.

If you happen to be one of the people who falls asleep after gorging yourself, remember to set an alarm for an hour or two. There’s nothing like getting woken up and being told to go home.

When it comes to holiday parties, it’s all about how to read a room, and knowing when to make your exit.

Learn from these taboos. Abide by the lessons learned from past mistakes. Happy holidays, and remember: it’s all about having a good time. Find the ones you can laugh with and enjoy yourself.