Governor Delivers Her Final State of the state Speech 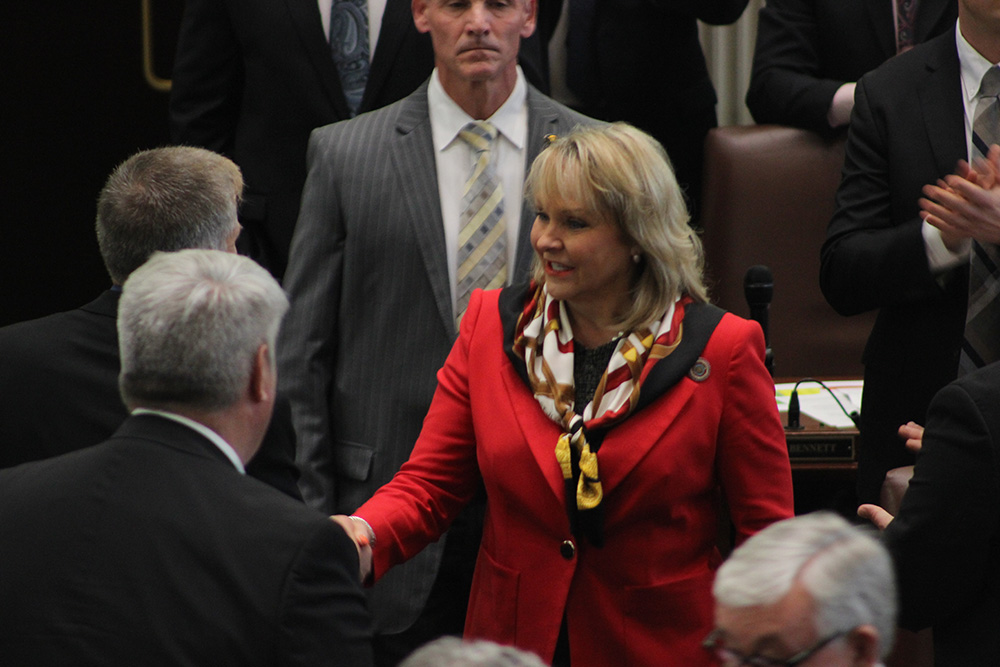 OKLAHOMA CITY — Republican Governor Mary Fallin gave her final state of the state address Monday.  Fallin told a joint session of the Oklahoma Legislature that she felt hopeful that a better future was on the horizon, however some protesters who attended the speech didn’t feel the same way.

“The constitution of the great state of Oklahoma makes it my duty today to provide a budget and to report on the health of the state. Neither duty, however, will be fulfilled by what I say here. The budget and the health of our state are not mine to determine. Instead, both will be decided by what this Legislature does in the next couple of weeks,” she said.

A large part of the governor’s speech was centered around ideals of transparency and reform, pushing the “Step up Oklahoma” initiative which supporters say would give the state a more solid financial footing. This plan is backed by five former governors and several others.

Still, while the governor said she was optimistic, others weren’t as excited by the speech. Just as Fallin finished her speech, protesters in the gallery unfolded a large banner with the words “Oklahoma, state of despair” plastered over a drawing of the Governors face.

One protestor yelled, “Murderer, you are no governor of your word!”

The protestors were swiftly escorted out of the gallery.