‘Goldfinch’ drags way too much 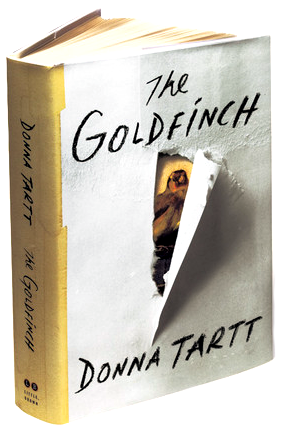 A few years ago, a friend recommended a book to me called “The Secret History,” by Donna Tartt.

It was one of the most thrilling and interesting books I’d ever read.

Imagine my excitement last fall when it was announced that Tartt was releasing a sprawling new book of 700+ pages.

I bought “The Goldfinch” the day it was available in bookstores and eagerly descended upon it — only to be utterly disappointed.

The story dragged. The devil is in the details. In literary novels like this, you can only describe your favorite place in New York City where you have that one memory of your mother doing that one thing in that certain way and eating that certain meal after a certain event so many times.

While roadtripping to Colorado last month, I was picking out a book to take with me and decided to finish the novel, which I had disregarded for almost a year. Luckily for me, the story picks up a load of steam after the protagonist Theo’s mother dies.

He is soon whisked off to Vegas to live with his alcoholic, sports gambling dad and his new waitress girlfriend.

It is here, in an almost abandoned mansion-filled neighborhood that Theo meets life-long friend Boris, a Russian teenager who’s already been around the world and back, and who is consequently already an alcoholic.

The adventures of Theo and Boris could easily have been their own novel, and are the most exciting and fulfilling part of the book.

Tartt abruptly skips forward in Theo’s life to his own adulthood, and Theo’s day-to-day life is described in excruciatingly minute detail.

Things drag again at the end which ultimately left me feeling unsatisfied with the way things turn out for Theo, and the way the ending of the novel dragged unnecessarily after the final denouement.

Tartt is still a wordsmith, but her novel could have easily also been an idea by James Patterson, just better written.