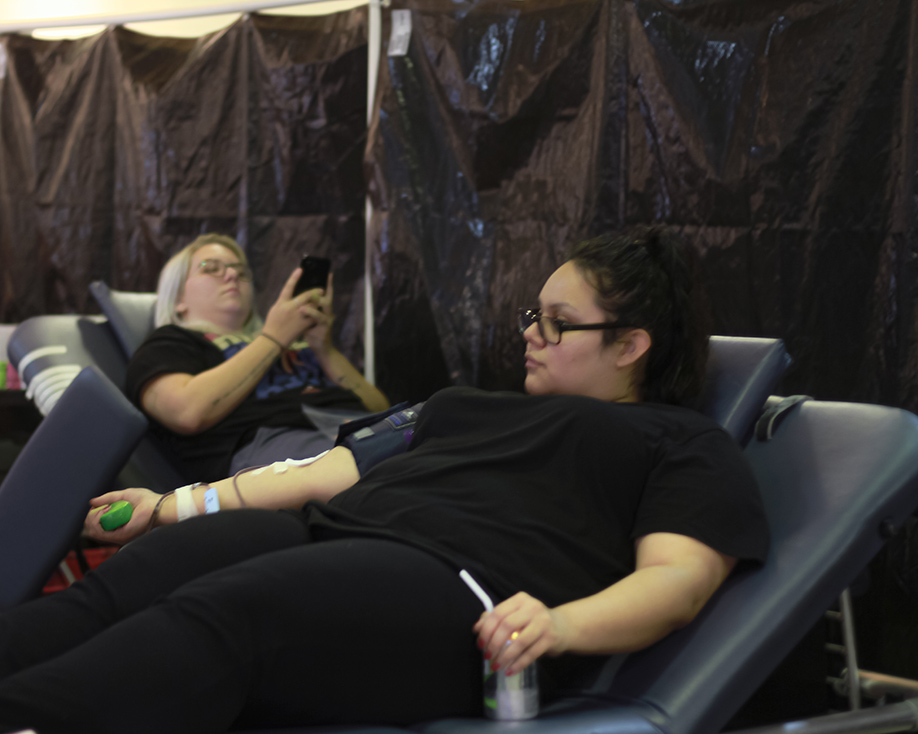 During a recent blood drive on campus, gay sexually active males were barred from donating blood  because of what some call an outdated policy of the federal Food and Drug Administration.

They were also barred from earning prizes that all other students allowed to donate were awarded.

The Oklahoma Blood Institute hosted the drive, Aug. 27 and 28 in the General Dining area and gave away incentives for donating, such as T-shirts, Whataburger coupons, and entries into a raffle for tickets to a theme park. The blood drive was open to anyone willing to donate.

Thomas Horne, co-advisor of the Sexuality and Gender Acceptance club and professor of English at OCCC, said he believes the rule is outdated and is still in place because of  stereotypes and misinformation.

The FDA mandates that gay males who have had sex with men in the last 12 months be barred from giving blood or blood products. This policy is followed not only at OCCC blood drives but all across the country.

The policy is in place to reduce the risk of HIV and other virus transmission through donated blood, even though blood from all persons is screened for HIV.

OCCC donors were required to complete a questionnaire before they could donate blood and receive the prizes. Any male students who indicated they had engaged in sex with another male in the last 12 months were turned away.

Horne said being refused the opportunity to give life-saving blood can be harmful to students or others who may just be coming to terms with their sexuality.

It can make them “isolated… and takes another form of disapproval and bias.” Horne said.

The situation can also be frustrating for an honest gay, male wanting to give blood and not being allowed to because of his sexuality.

Dr. Tuan Le, is the chief medical officer at the Oklahoma Blood Institute, where he specializes in blood transfusion medicine and blood banking.

Le said blood is viewed as a drug by the Food and Drug Administration with federal rules, regulations, and guidances to ensure the safety of the recipients and donors. Blood is treated much like any prescription drug.

Before December 2015, no gay male was allowed to donate blood in his lifetime if he had ever had sex with another male.

Le says HIV/AIDS is found in higher numbers in gay males who have sex with men than any other group.

Studies by the CDC show in those diagnosed with HIV, 66 percent are homosexual or bisexual males.

Heterosexuals who have not engaged in sex with the same gender account for 24 percent of HIV cases, with heterosexual women being diagnosed more than any others, according to the CDC

There is no ban on heterosexuals donating blood on the basis of their sexuality.

Although the rule was updated in 2015, some students said they feel the new rule is outdated and should be revised to be more inclusive.

“It doesn’t seem right to me. Maybe the rule is outdated, but it should be a question of health and not a question of sexuality,” Ian Plott, freshman, said.