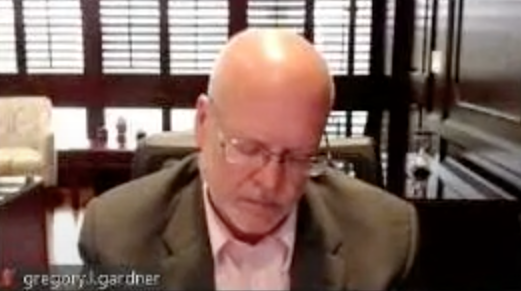 OCCC administration announced yesterday that Greg Gardner requested to, and will be stepping down from his role of Executive Vice President at Oklahoma City Community College and from the college’s Executive Leadership Team effective this week.

The Regents were to meet in an executive session today to discuss Gardner’s employment. But before they met, he quit his positions.

“Big changes are required to move our community forward,” Thomas said in an all-employee email.

The Pioneer asked for comment from Gardner. Garnder did not respond by press time.

There also was no information provided by press time about Gardner’s new title or if another administrator would be selected to take his place as Executive Vice President or as a member of the the Leadership Team.

Not all are in favor of Gardner’s decision.

At least one employee said they do not approve of Gardner still being allowed to hold any supervisory or other position at OCCC. The employee asked not to be named for fear of retaliation.

“I think yesterday’s email was complete garbage,” the employee said. “In short, business as usual.”

The employee also said there are other people in administrative roles who are “inept” and abusive to their staff and need to resign.

Danita Rose, chief of staff and member of the Leadership Team said change takes time, and she will do all she can to help make OCCC better.