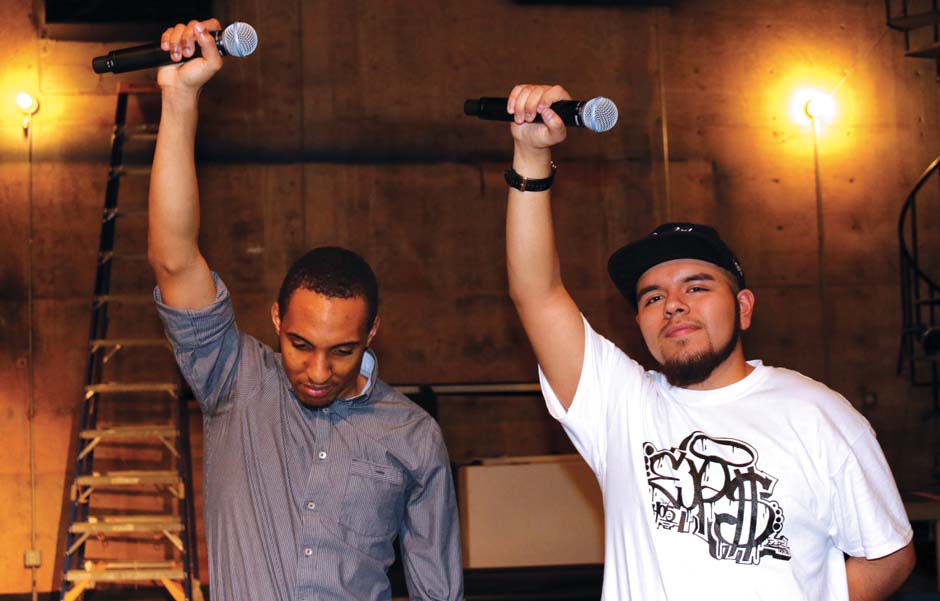 There’s a new club in town.

The club plans to showcase member talents at an event on March 30 in the Bruce Owen Theater.

He said the auditions will determine who will perform at the showcase.

“We will be holding different weekly events so anyone can participate,” Gonzalez said. “The idea is for all students to be able to utilize what talents they have.

“We want them to use what they are learning.

“If you sing, dance, paint, rap, take pictures or make videos, we need you,” Gonzalez said. “We just need people to believe in what we do and work together to accomplish something.”

He said hip-hop is more prevalent in the larger world than it is on the OCCC campus.

“It’s a cultural movement that hasn’t been done here before,” Gonzalez said.

“By shining light on the counter culture, we want people to be less intimidated and more intrigued.”

Gonzalez said the group plans to hold workshops in various locations on and off campus.

“Even if you don’t sing or dance, we want to reach out to you,” he said. “We will be creating a media committee, a dance committee, advertising and marketing committees and a development and research committee.”

Gonzalez said the club has already been developing a YouTube channel for their own media as well as a television show to be filmed on campus and downtown.

“You must be an OCCC student to be a member of the club,” Gonzalez said.

He said he was surprised at the number of people who signed up or even showed interested.

He said he was even more surprised at the support the group has received from some in the college administration.

“We want to hear the stories of people who go against the odds. We want the people with rags-to-riches stories, the I-didn’t-have-a-father stories, the overcoming-of-obstacles stories.”

The club will be discussing the history of hip-hop at the next meeting at noon Wednesday, March 9, in room 2N5 of the main building.

For more information about the Hip-Hop club, contact Omar Gonzalez by email at omar.a.gonzalez@my.occc.edu.