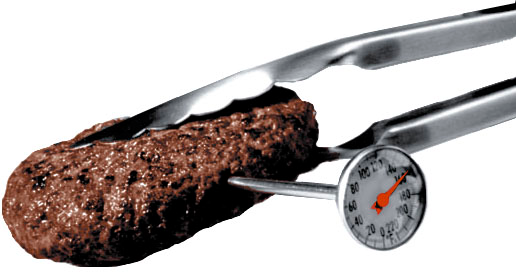 With all the outdoor fun and cookouts, it’s easy to forget about keeping your summer snacks safe from bacteria. ServSafe certified OCCC food service worker Kendra Green said people need to wash their hands often — especially when working with chicken — and wear gloves if possible.

She also recommends making sure meat is fresh before cooking it. 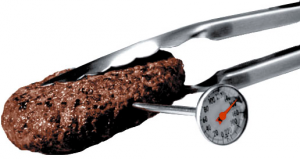 “Check the dates first before you even started grilling it,” Green said. “Make sure the temperature on the grill isn’t too hot so you sear the outside and don’t get to the middle.”

Janelle Goodwin of FoodSafety.gov said when people don’t prepare food properly, they are at risk for getting sick.

“This definitely puts them at risk for foodborne illnesses, foodborne pathogens such as lysteria, campylobacter, salmonella, things like that,” she said.

Goodwin encourages everyone to follow FoodSafety.gov’s Grilling like a P.R.O. campaign. P.R.O. is an acronym for these steps: place the thermometer, read the temperature and off the grill.

“I would say that the most common mistake is not using a food thermometer,” she said.

“Because foodborne pathogens cannot be seen or detected by scent or smell, the food thermometer is the most important thing to have in the home.”

Food also cannot sit out indefinitely. Goodwin said you should only let food sit in 90 degrees or higher temperatures for one hour or less. If the temperature is below 90 degrees, the food can sit out for up to two hours.

In addition, she said, cold food should be kept under 40 degrees. Goodwin recommended several ways to keep snacks cool when a refrigerator is not available.

“Pack small portions, keep ice with you at all times,” she said. “Pack ice bags, blocks of ice just to keep that temperature below 40.”

She said as long as they haven’t been cut into, they’re shelf stable.

Even fruit that has been cut into can pose a risk.

“You can’t see this type of bacteria and it’s definitely more harmful to the at-risk population, which includes elderly people, pregnant women, children under the age of 5, and people with chronic illnesses such as cancer, diabetes, and things like that,” Goodwin said.

“So that’s definitely important to be sure that they’re handling their food properly to avoid a foodborne illness.”