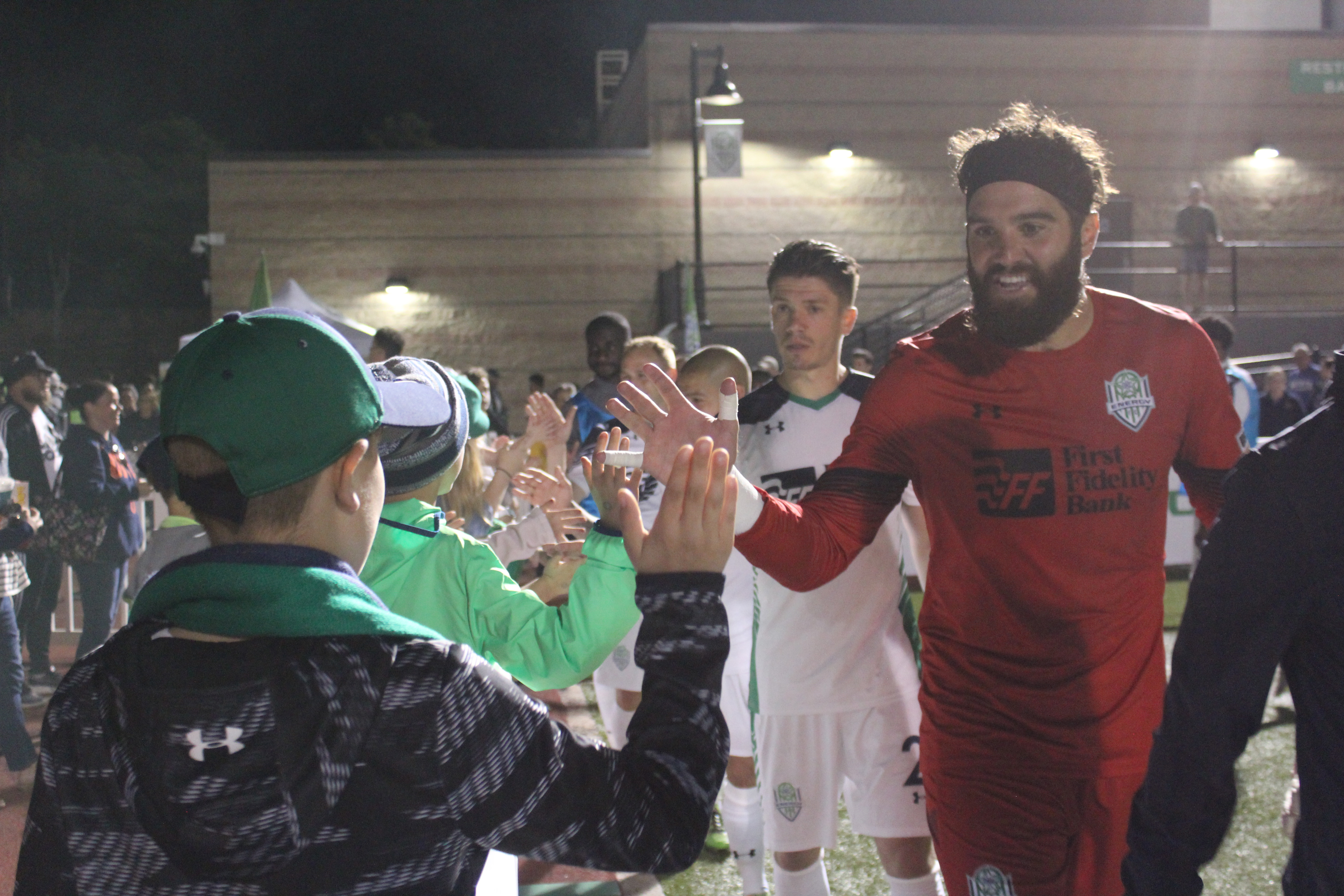 Energy FC are finding their stride at the right time.

At the half last week in Portland, the team faced a familiar situation. Though they hadn’t played poorly, they were losing by a goal. Some quick substations and a decision by Head Coach Steve Cooke pushed Je-Vaughn Watson farther up the pitch, and the team exploded to life.

When the dust settled, the Energy had overcome their 2-1 deficit to beat Portland 4-2.

Returning home against fourth place Austin Bold FC, Oklahoma City employed the same tactical tweaks that had allowed them to turn the game around the week prior.

“The first half I think we not only played well but got rewarded for playing well,” Cooke said.

“We’ve scored goals in different ways. If we’re going to be a team that threatens and takes the game to our opponents, that is what we are going to need to do for the remainder of the year.”

Both free kicks were awarded outside the box on the left side of the field.

For the first free kick, Garcia whipped a dangerous ball toward the penalty spot. With Energy players flying to attack the ball, Austin defender André Lima jumped up and headed the ball backwards into the top right corner of his own net.

Two minutes later, Garcia would make sure there was no doubt as to who should be awarded the goal.

Instead of playing the second free kick to the back post like he did moments earlier, Garcia took a chance and shot the ball past goalkeeper Juan Ramírez’s near post. Ramírez, seemly caught off guard, couldn’t recover fast enough to even get a fingertip on the ball before it blew past him.

“I saw [the goalkeeper] was kind of cheating over, so I figured ‘why not hit it?’. It’s one of those where you kind of go with your gut and thankfully it worked,” Garcia said.

Watson’s new responsibilities further up the field payed dividends half an hour into the game.

Winning the ball off a goal kick in Austin’s half of the field, Watson carried the ball deep down the right flank. When he centered a pass for Deshorn Brown, an Austin defender deflected the ball away. Energy forward Christian Eiselle pounced on the loose ball, beating Ramírez to the ball and finishing off Oklahoma City’s third goal in five minutes.

Watson’s move farther forward has brought not only a stronger defensive presence to the Energy’s defensive press, but more technical ability to increase the team’s offensive output.

“We wanted to have a more dynamic threat defensively in terms of pressing and leading the press,” Cooke said. “I think in the last two games, [Watson] has been one of the keys to our performances.

Brown was able to put his name in the scoresheet just before halftime. Oklahoma City defender Atiba Harris felt no pressure from Austin and was able to carry the ball up the field. Brown peeled off his defender and made a run behind the defense, and Harris delivered a great ball to find him. Brown then easily touched the ball past the advancing Ramírez to add the fourth and final goal the Energy would score on the evening.

Cody Laurendi kept Oklahoma City’s shutout in tact an hour into the game when he saved Lima’s penalty.

Austin ultimately found a breakthrough with about 15 minutes left in the game, but the Energy already had the game sewed up.

Laurendi has been pleased with the performance of the team over the past two games as the regular season begins to wind down.

“It’s at the right time of the season… especially with the home stretch here, building when it really matters, it’s great to see,” Laurendi said.

Saturday’s win has left the Energy sitting in in fifth place in the Western Conference log jam.

Oklahoma City will hit the road again, this time headed to Utah to face the resurgent Real Monarchs SLC.