Employees honored for action during storm 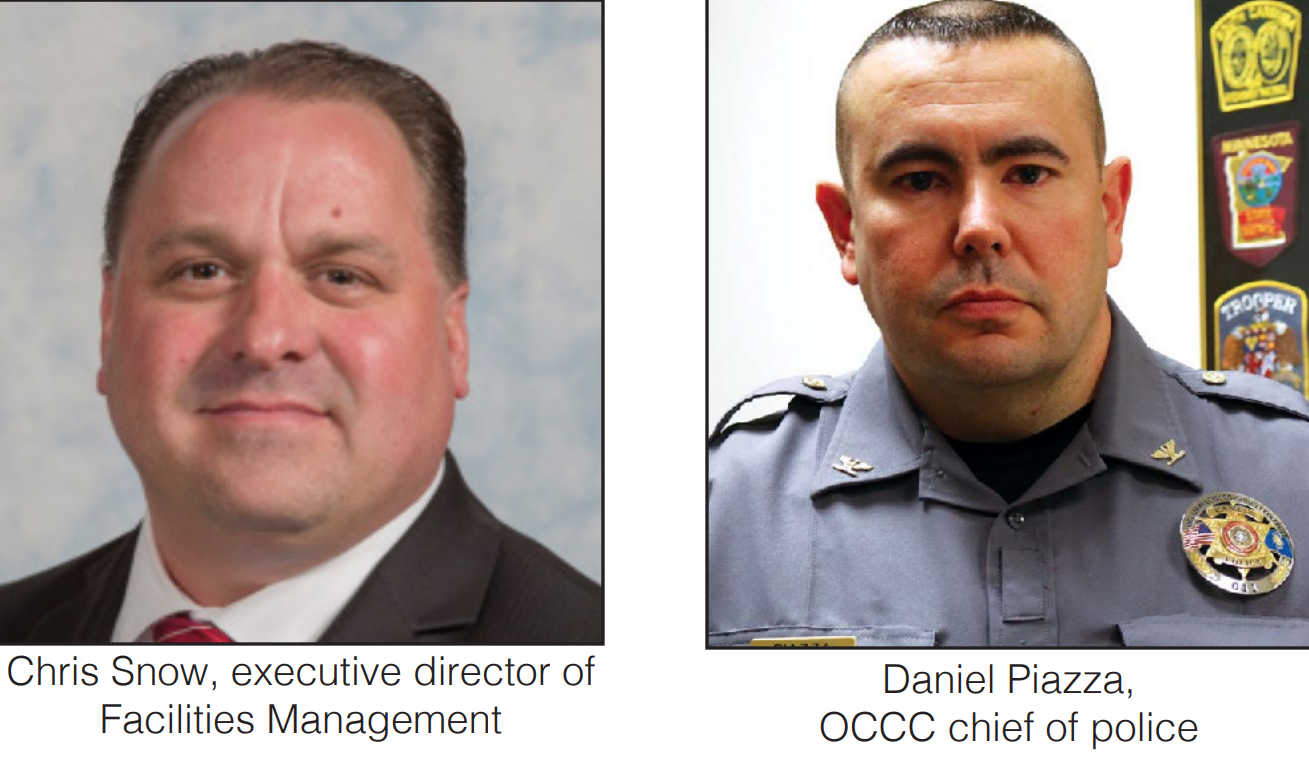 Following the recent extreme cold and snow that shut down OCCC for over a week, the Facilities Management department and Campus Police were recognized by the OCCC Board of Regents for their work during the recent weather event.

During the Feb. 22 meeting, Regents President Devery Youngblood said he had specifically asked for the addition of a meeting agenda item to recognize some of the OCCC departments and individuals who had to work through the historic winter event and the effort it took to keep OCCC safe and open.

“Over the last fourteen days, ‘historic’ is the way that they keep talking about the weather we’ve seen in Oklahoma and across most of the United States, but what I want to tell you what’s historic is the hard work I have watched our Facilities and PD do day-in and day-out,” interim OCCC President Jeremy Thomas said

Thomas noted that while many students and faculty were in the warmth or trying to keep warm, the Facilities Management staff and police department personnel were fixing busted pipes, working outside in cold weather, and managing other unpleasantries.

Thomas said the cooperation between the two areas was so good that he never had to get involved with keeping the campus functioning during the storm.

“Every day the teams reported current campus status and here is what needs to happen for us to reopen the facility,” Thomas said.

Executive Vice President Danita Rose followed Thomas adding, OCCC has had so many issues that have come to administeration, and they have an incredible team of people and encouraged all of the regents to recognize that.

Chris Snow, executive director for Facilities Management said his team responded to numerous leaks and associated moisture issues in many areas on campus.

Snow said his team also monitored and addressed system issues created by the lack of water pressure supplied by the city.

Snow said the largest amount of his team’s work took them to two OCCC sites and he was aided by county crews.

“On Friday, Feb. 19, we cleared all designated walkways on the Main Campus and FACE Center,” he said. “Oklahoma County addressed the plowing and treatment of the vehicle entries, roads, drives, and Parking Lot A.”

“We would not have been nearly as successful if there wasn’t the support of our executive leadership,” Snow said

They repaired broken water lines, shoveled snow, and cleared parking lots under adverse conditions. Without them, the college would not have been able to open, Piazza said.

The OCCC Police Department was also instrumental in reopening the campus.

Piazza said many officers had to use their own vehicles to patrol the main and satellite campuses because patrol units were completely snowed in.

“Monday morning, the college started to experience several leaks in the fire suppression water systems.  At the time, these leaks were being handled by police staff alone, as there were no other personnel on campus,” Piazza said.

Piazza added that it was nice to feel empowered when he and his fellow officers did their jobs and to be able to work together as a team and as a community.

“We do take an oath to serve. But it’s always a lot easier to serve when our efforts are recognized and appreciated,” Piazza said

Snow said that it felt refreshing to be heard and responded to during this very difficult period, and that it wasn’t just him or Piazza who deserved all of the credit, but also many others at OCCC who worked during the winter storm.