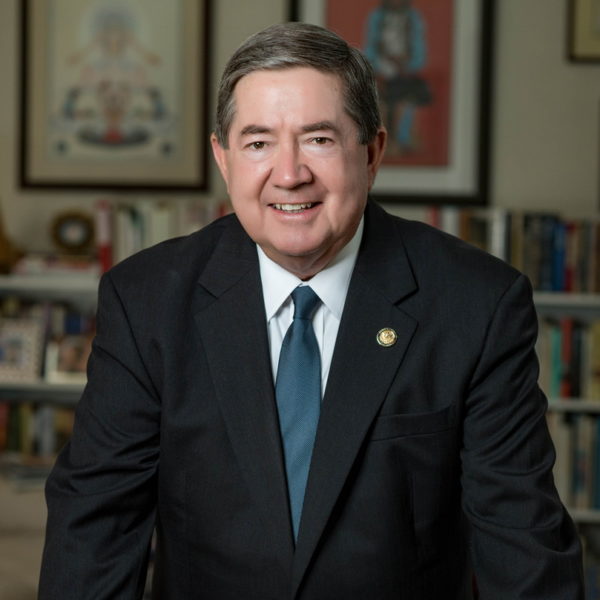 Drew Edmondson says the Oklahoma way of life is under attack.

Edmondson, a Democrat, served as Oklahoma Attorney General for 16 years. He said he would “put Oklahomans first” if elected Governor.

“Our teachers are leaving. Our prisons are overcrowded. Our state’s health is declining, and our roads and bridges are falling apart,” he said. “This isn’t who we are.”

Edmondson said that he never intended to run for governor.

“I didn’t want to, I was kind of called to it by the problems facing the state,” he said. “I didn’t see anyone stepping up who really had answers and the ability to win on a statewide basis. I finally decided I had a duty to get out there and try to change things.”

In August, the Oklahoma Supreme Court ruled a cigarette tax proposal, designed to raise the revenue, was unconstitutional. However, since then, Mary Fallin has called a special session of the Oklahoma Legislature to address the $215 million budget hole due to the loss of the cigarette tax revenue.

The Oklahoma House of Representatives passed a funding bill on the second day of special session, but session is currently put on hold until an agreement is reached.

Edmondson said his first order of business would be to get the state’s fiscal house in order within his first year in office.

“The first imperative is to get the budget back in shape,” he said. “I’m hopeful that the legislature will do that in the special session or first session next year. But if they don’t, then we’ll be looking at putting the gross production tax back where it was at seven percent.”

He says the state cannot move forward with billion dollar deficits every year.

If restoring the gross production tax doesn’t pass through the legislature, he aims to organize a petition drive to get questions on the ballot and let the people decide. “I will work with the people to fix our budget problems and as that is done, we’ll be able to do what we need to do in other areas like education, health and transportation,” he said.  “I think it’s going to take a Democrat to provide the leadership to get that done.” 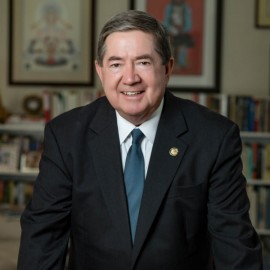 “I’m a product of public education,” he said. “I have great admiration for our teachers, colleges and universities. They have really struggled over the last seven or eight years…budget cut after budget cut. They are real champions to be out there still educating our kids [as] they’ve been treated so poorly by our legislature and our governor.”

He said he hopes the system will change and teachers will get what they deserve.

“I know teachers can do great things. They just need the resources,” he said.

Edmondson said he would work to fix health care in Oklahoma. He said the option of not having Medicaid expand in the state “damaged our hospitals…as well as our nursing homes.”

“I don’t know whether that option will ever be available again unless we change Congress. If I ever have the opportunity to opt into that Medicaid expansion, as Governor I will do it,” he said.

In the meantime, he said he will do what he can at the state level to make sure that people get the medical care that they need and deserve. He said that involves going back to the initial problem of putting the budget back in shape.

“We are the only industrialized country in the world that doesn’t guarantee medical services to its people as a matter of right,” he said. “I think that is just wrong.”

He said candidates such as Bernie Sanders are proof that older candidates can appeal to younger voters.  “I’m a strong believer if you want to attract younger voters, have young progressive ideas. And I think that’s going to be attractive to the 18-25 demographic.”

Edmondson said his campaign was focused on the “Oklahoma way of life.”

“We are a hardy folk. We are a generous folk,” he said. “The Oklahoma way of life is taking care of our neighbors and watching out for each other. We have showed that time and time again, and usually it takes a disaster to bring that out in full force,” he said.

He said Oklahoma has serious problems but added that he was hopeful those problems would bring out the state’s spirit of community.

Edmondson said he has experiences that the voters should weigh in determining who they want as the next Governor.

“I’ve been a school teacher, served in the military, did duty in Vietnam, and was a prosecutor for 10 years. I’ve been in private practice, run a small business, and been Attorney General for 16 years,” he said.

In 1998, he and seven other attorney generals had settled an historic agreement with large tobacco companies. He then created the Oklahoma Tobacco Settlement Endowment Trust, which would protect the settlement money of Oklahoma.

“When we sued the Tobacco Industry, we’re weren’t satisfied just to win the lawsuit. We took the next step and put a state question on the ballot to determine where the money would go. That created the Oklahoma Tobacco Trust, which now has over a billion dollars in it,” he said.

Edmondson said Democrats and Republicans can work together, even in an conservative state like Oklahoma.

He would open the Governor’s home for meetings where Democrats and Republicans can sit down and talk to each other and learn about each other’s families.

“I would like to see an ability and willingness to work together across party lines based on individual contact. And get away from the caucus control that locks legislators into positions that they may not fully agree with,” Edmondson said.

“I mean what I say. It may not be successful, but I will do everything in my power to fulfill every commitment that I make on the campaign trail,” he said. “I did that as Attorney General, and I will do that as Governor.”