Eclipse Over An Oklahoma Sky 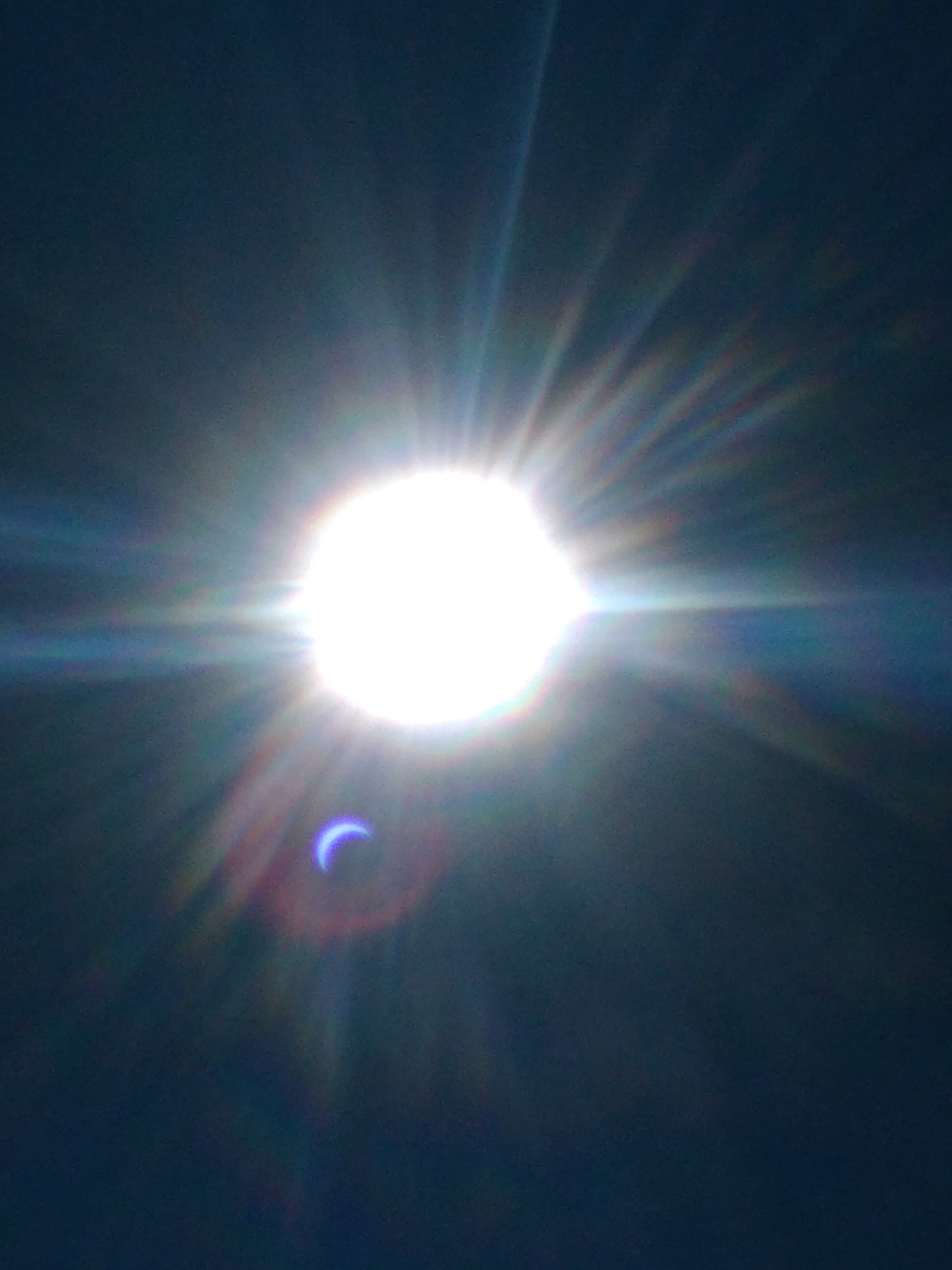 On Monday August 21st, a partial solar eclipse took over the Oklahoma sky.

Absent since 1979, the eclipse made its largest path over the country in over a century.

OCCC students and faculty gathered outside for the historical event.

Markus Zindelo, a performing arts professor, said he couldn’t let his students miss the opportunity to view the solar eclipse. “I cancelled my class until one thirty so that my students, for thirty minutes, could go outside for the eclipse,” he said. “I think we will get a lot more people coming out too.”

He said the last time he a saw a solar eclipse was in the late 1990’s.

“It was only a partial one, and today it will be exciting, because there will be a lot more people coming,” Zindelo said.

Zindelo, and his students didn’t have the glasses for viewing the eclipse. So, they made make shift shadow cards that allowed them to view the sky without harming their eyes.

One student, John Vaughn, said it was his first time seeing a partial one but he wouldn’t be able to view it himself. “I heard from a friend at Lowes that they were selling cheap ones, but I also noticed they aren’t so great,” he said.

Vaughn said there were glasses that had been recalled by Amazon, and other local stores, because they ‘did not meet the standard for viewing purposes.’

Chemistry Professor Steven Shore said there was a big issue with the glasses for the eclipse.

“There were a few that didn’t meet the safety standard” Shore said, “they were questionable.”

Officials from the National Aeronautics and Space Administration said vendors selling glasses should have been verified to follow the ISO 12312-2 International Safety Standard for such products.

There are three types of solar eclipses, according to NASA. The solar eclipse, NASA says happen once every 18 months, and last for a few minutes.

The first one is a total solar eclipse, where only a small area of earth can view the total eclipse. For a total eclipse to happen, NASA said the earth, sun, and moon have to align.

Oklahomans saw the second form — a partial eclipse, where viewers can see only half of the moon covering the sun.

“People can sometimes go blind after looking at a solar eclipse” Shore said,  “because though the sun is not visible during the eclipse, its light is still bright enough to burn your retina.”

“An eclipse is when the Earth, sun, and moon align in just the right way,” Shore said.

The next total eclipse to spread across the United States on April 8, 2024. The trajectory will come through Texas all the way to Maine.

NASA scientists predict that the last solar eclipse the United States will happen on August 12 2045. This one will go across the middle of the nation.

Science has not been able to accurately show when the next one will be from this point.