Don’t target the guns after every tragedy 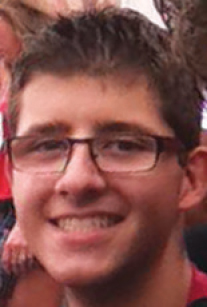 A night on the town with friends – that’s what 49 individuals who lost their lives, along with 53 others who were injured expected Saturday night at Pulse, a gay bar located in Orlando, Fla., before a gunman opened fire inside the bar around 2 a.m. Sunday, June 12.

I’d like to begin by saying I, along with all of the Pioneer staff offer our condolences, our prayers, and our thoughts to the victims of this tragedy and to their families, along with the citizens of Orlando.

The gunman has been identified as Omar Mateen, a U.S. citizen of Afghan descent from Port St. Lucie, Fla. During the attack, Mateen called 911 pledging allegiance to ISIS, according to the FBI, and the terrorist organization has claimed responsibility for the attack.

The incident has spurred much discussion on many issues, including LGBT rights, and gun control.

The latter, is what needs to be addressed.

After every tragedy similar to this, the issue of increasing gun control becomes ever more prevalent, and the Obama Administration takes its opportunity, once again, to blame “assault weapons” for the crime. In reality, however, does gun control prevent criminals, let alone terrorists, from finding weapons and using them? Did it stop them in Paris? Did it stop them in the 2014 Ottawa Parliament shooting? In the 2016 Brussels bombings, the terrorists didn’t even use guns.

When drunk drivers wreck and kill people, do we outlaw the use of cars?

When an individual stabs someone, do we blame Kitchen-Aid?

According to the National Institute of Justice, “Juveniles and young adults can easily obtain guns illegally,” and most gun offenders “acquire guns ‘off the street’ through the illicit gun market.”

This can easily apply to terrorists, individuals who have likely been planning their moves for quite some time, with connections to  sources everyday criminals often don’t have.

Imagine if multiple, law-abiding citizens inside the club were armed. It is certain that these armed individuals would have been able to stop the threat much sooner than the police could have. The only way to stop a bad guy with a gun, is a good guy with a gun.

The reason the Second Amendment is in the U.S. Constitution’s Bill of Rights is not for sport or hunting purposes.

It is there for personal protection. It’s there to defend against corrupt governments, just as our ancestors did during the conception of this nation.

All of this being said, I’m not against ensuring we keep guns out of the wrong people’s hands. It is imperative that we make efforts to filter out people who are unfit to carry and use firearms. We need to reform our background check system, ensuring that individuals with mental disabilities and those on criminal watch lists are unable to legally obtain firearms.

The Orlando shooter had been under investigation from the FBI previously and was still able to legally purchase a firearm, and according to CNN, Mateen was “one of hundreds of people on the [FBI]’s radar suspected of being ISIS sympathizers.”

You’re telling me that wasn’t a red flag?

My hope is that instead of using tragedies like this to push political agendas, we use them to identify who the real enemy is, because incidents like the Orlando shooting won’t stop until then.