Daddy, Did You Know? 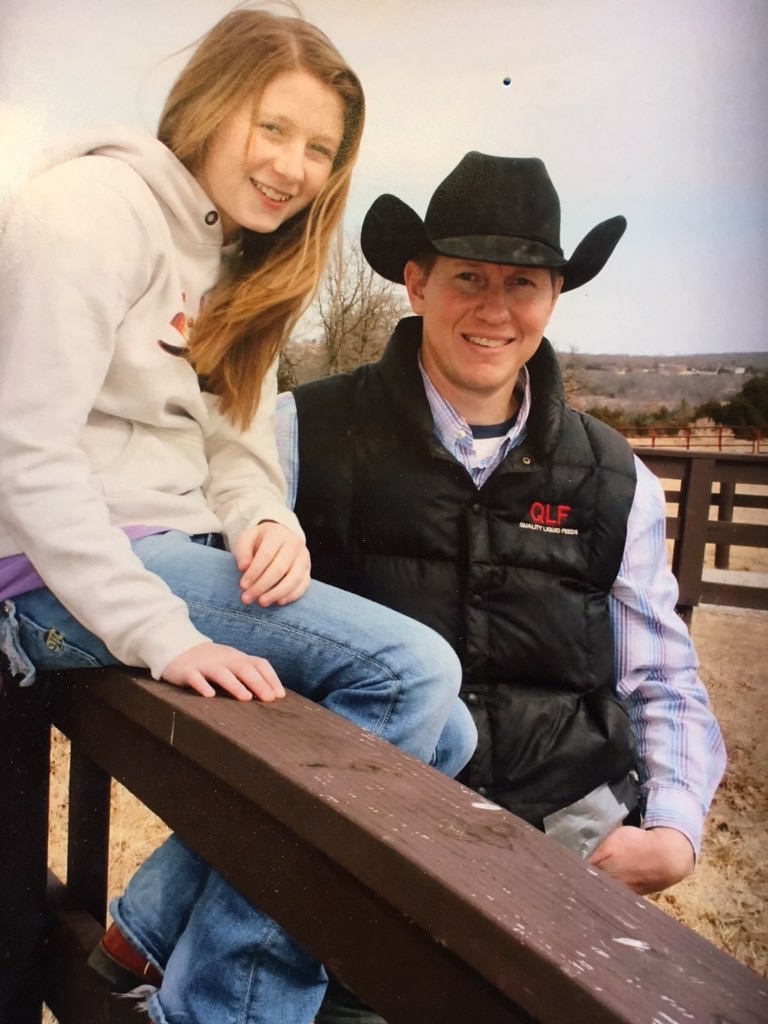 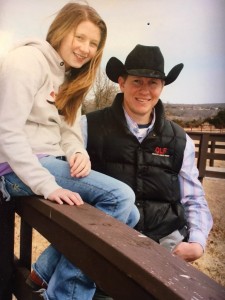 Seventh grade would be the last picture Darbi Easley would take with her father for several years.

Not because he is no longer living, but because he became a silhouette that once held a permanent place in his daughter’s life.

“I want understanding for my opinions and beliefs, respect for them regardless if he agrees with me or not. Just agree to disagree,” she said. “And acceptance.”

Darbi hung her head. Her hair hugged her face hiding her eyes.

Throughout past generations, friction has caused many father-daughter relationships to be more interactive and open. However, as the role of women evolve and change, the level of tension between these relationships has increased.

Erin Johnson is a college student who asked that her name be changed for the story.  Johnson said her father would never say he was proud of her. “I would try to do everything to get him to say that to me, but he only ever said it once. After that, I realized that he was never going to say he was proud of me, so I just gave up,” she said.

While maintaining a relationship is a two-way street, most people agree determining the boundaries of the relationship shouldn’t be up to the daughter, alone.

Throughout a daughters’ life, she is learning from her father what the expectations and limitations are when it comes to their personal relationship. A daughter evaluates and compares, even critiques her own relationship with her father because she wants to feel secure. Those early learning stages determine the future expectations that her children have with their father.

“If there was never communication in the first place, if you didn’t have a relationship talking and explaining things as a kid with your dad, then that’s just going to make it ten times harder to talk to them as a teenager,” Easley said. “I know it’s not all him. I think our relationship probably fell apart because there was no talking, there was no communication. There still isn’t.”

In a 2014 study of 494 people conducted by The Dove Medical Press, researchers confirmed previous studies done by Bowling and Wermer-Wilson which emphasize, “the influence of a daughter’s relation with her father on her relation with other men and her mature sexual decisions later on. This may also contribute to the daughter’s psychosocial adjustment, social acceptance, sexual adjustment, perceived warmth and closeness, self-image, and self esteem.”

Similarly, Erin Johnson’s lack of a positive relationship with her father changed her views about marriage. “I don’t really want to get married in general because of my father. I have a general distrust for men,” she said.

Allison Burns, who also asked that her name be changed, has been a mother for 18 years but still doesn’t consider herself to have a lasting relationship with her father.

“Women’s roles have shifted over the last few generations and we shouldn’t neglect to acknowledge that men’s roles have shifted almost in tandem,” Burns said. “Father’s today might be finding themselves in a much different fatherly role than their fathers and grandfathers. They are in new territory and have to figure out how to balance a whole list of expectations from both prior generations and expectations from their own generation.”

In other words, she believes the relationship between fathers and daughters is declining because fathers are unsure of how to act.

“In past generations men were thought of as the “protector” of the family, especially of the females, and now parenting has shifted to empowering daughters to become independent women,” she said.

Burns said the changing role of women, fathers have to consider an entire list of expectations such as “how society views a man’s role in the family, how masculinity is perceived, their partner’s expectations, if they are religious, how their church or religion defines a man’s familial role, and certain cultural exceptions of men.”

In the same way, Easley believes the issue is “a generational thing.”

“It’s hard for fathers to connect to their daughters at this age anyways, because they have so much disapproval for this generation,” she said. However, Easley doesn’t blame her father for their lack of relationship. Actually, she mentions she could have played a larger part in encouraging their relationship to begin with.

The Bureau of Labor Statistics reported the number of stay-at-home fathers has doubled in the past 25 years. However, with this increase and change in the stereotypical fatherly role, it is still difficult to see any change regarding the positive effects of a father- daughter relationship.

“Despite the fact many women have recently been engaged in the workforce, very little changes have occurred in fathers’ parenting role and their involvement with children,” the Dove Medical Press study said. “Cultural role expectations in the nurturing processes remain limited.” However, the study also noted it is appropriate to expect a change in the role of the father, who is being viewed increasingly as a significant factor in the child’s psychosocial development.

Why then, is there still such a heavy strain on father-daughter relationships?

According to Harvard University, when children become parents, they look to their parents as to what they should and should not do. For young girls in particular, their fathers can make a huge impact on their self-esteem and how they grow into women.

Unfortunately, there are many fathers today who are having a hard time breaking free of past generational expectations in effort to provide a better relationship with their daughters’. In addition, Johnson believes that current social media and entertainment is partially to blame.

“Because of movies and television shows where it shows the mother being the main person who is there and cares for them, then you see single mothers, and guys that just leave all of a sudden,” she said. “Yes, I feel like there are more bad relationships than good relationships.”

Because of the impact fathers have on their daughters, whether positive or negative, the role they play is becoming even more essential.

“I won’t have kids, or I will have a kid but on my own,” Johnson said. “I just want it to be me and a kid and that’s it. It may be unfair because I feel like to a certain extent it is unfair that they only have one parent and not two. In the end I feel like I would be preventing, in layman’s terms, a world of heartbreak.”

Johnson said she knew people who stayed together because of their kids. “In their head they are doing it for their children, but the kids are saying no, you should be separated by now because it would be better,” she said.

The Dove Medical Press study indicated that a  huge part of how a daughter perceives future relationships is based off the one she had with her own father. “Factors such as father’s presence, closeness, and communication of affection are found to be predictive variables of positive relationships. Research also shows that daughters’ self-appraisal, style of life, and self-perceptions represent distinct features of father–daughter relationships.”

While neither Johnson, Easley or  Burns blame their father for lack of a supportive and encouraging relationship, they are there are ways to improve.

In fact, Easley said she has more of a relationship now because her parents realized that there wasn’t one before so now they are trying. However, she does believe that for her, attempting to salvage the relationship is just not possible.

At this point it’s too late, she said.

“Yes, I have just become so used to it that it has become the norm.”