Crimes of Grindelwald’ is Magically Mediocre 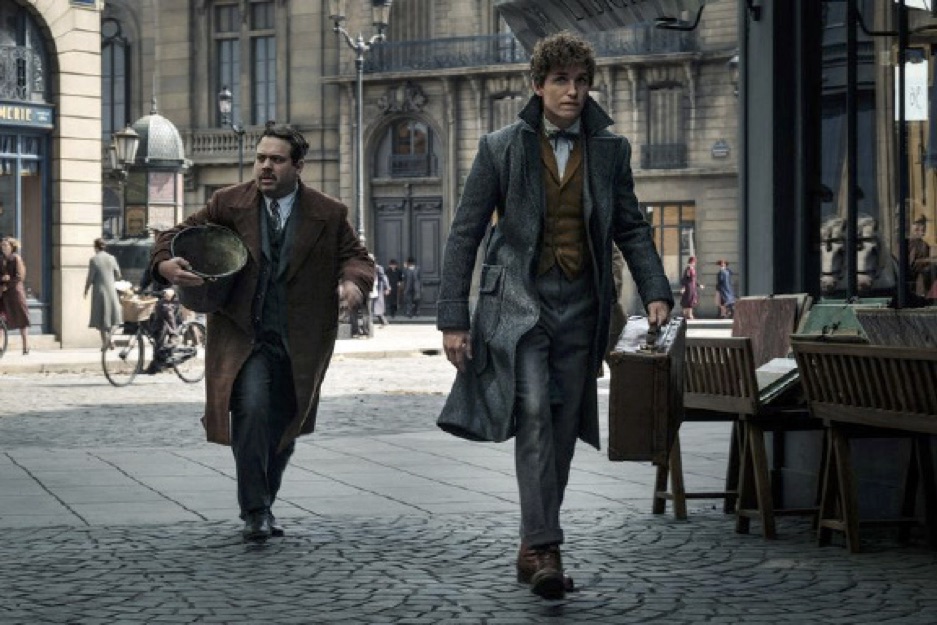 The second installment of a five-movie trilogy, Fantastic Beasts: The Crimes of Grindelwald opens where the first film left off – with Grindelwald behind bars. Following some dazzling magic and manipulation (spoiler alert: Grindelwald doesn’t stay in prison for five movies), the bad guy breaks out. The chase is on.

And why not? The holiday season, in all its magical joy, is in its full swing, and fans around the world long to return to the excitement of J.K. Rowling’s warm, welcoming Wizarding World. For most of the movie-going public, that world is nostalgic in much the same way holiday celebrations are.

The Crimes of Grindelwald follows Newt Scamander, played again by the endearing Eddie Redmayne. Though his character is as capable as ever, Redmayne’s performance in this film takes a back seat to a few others. Notable among them is Zoë Kravitz’s Leta Lestrange, Jude Law’s Albus Dumbledore, and the film’s namesake villain, Grindelwald, played by the always-captivating Johnny Depp.

Lestrange’s backstory is easily the most fleshed-out of any of the major characters. The character is heart-wrenching. Kravitz plays her compellingly and with nuance. It is enough to make the viewer question their feelings about later members of the Lestrange family.

Jude Law is brilliant as the young Dumbledore. Law captures Dumbledore’s mischievous good nature perfectly. His treatment of Scamander is a perfect preview for how he handles Harry Potter decades later.

The relationship between Dumbledore and Grindelwald is one of the most interesting aspects of the film. Rowling has publicly stated that Dumbledore is gay, and the audience gets to see the first on-screen confirmation of that in The Crimes of Grindelwald.

It seems that teenage Gellert Grindelwald and teenage Albus Dumbledore had something of a romantic relationship during their time as students at Hogwarts, and possibly afterwards as well.

The relationship between the two does more for LGBT representation in pop culture than shows like Queer Eye or films such as, Call Me By Your Name. Rather than being defined by their sexuality, both the characters and their relationship transcend any idea of sexual preference.

The feature of two powerful wizards, who happen to be gay, in such a massive blockbuster movie shows to the world’s LGBT youth that sexuality doesn’t have to be your defining personality trait—to yourself, or to others.

Visually, The Crimes of Grindelwald is what an audience wants to see in a magical fantasy. The effects are dazzling, and the Beasts are in fact quite fantastic. Viewers are treated to a dragon made of fire, a chupacabra, a snake-woman, a kappa (Japanese water-demon) complete with hollow water-filled head, a kelpie, and a horde of bewildering jewel-eyed matagots.

The most Fantastic of all the Beasts, however, has to be the Zouwu. A Chinese mythical creature, the Zouwu resembles a rippling, flowing Chinese Dragon with the head of a tiger and protruding, tusk-like fangs.

But in spite of all the magic and the visual fireworks, The Crimes of Grindelwald is by no means a perfect film. It’s really not even close.

The viewer maintains interest in Grindelwald’s machinations, but the plot is not compelling. It feels like reading chapters three and four of a twenty-chapter novel that would’ve been better with ten. Even though it’s still early in the series, it’s already beginning to feel thin, like butter scraped over too much toast—much like The Hobbit trilogy.

To make matters worse, the resolution to the first movie is ripped up and flushed down the toilet with the inclusion of Dan Fogler’s Jacob Kowalski. The explanation of Kowalski’s presence feels…clunky, to put it kindly.

To put it unkindly, his inclusion in this installment of the series is explained through lazy, awkward, and downright bad writing. To be clear, Dan Fogler adds a lot to the movie in his capacity as an actor. It’s just that his character doesn’t.

In all, the film is entertaining. It’s a welcome return to the world of Harry Potter, but the average moviegoer’s money might be better spent in a few weeks. Wait until the next Fantastic Beasts comes out, and stream The Crimes of Grindelwald the night before.

This month, save your money for Mortal Engines, Aquaman, or Welcome to Marwen.