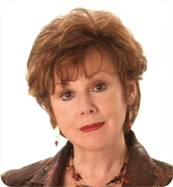 The problem is obvious to students and faculty alike this time of the semester. Many classes have shrunk to a fraction of their original size.

Where have all the students gone? Why do so many community college students give up and stop coming before a class is over? Can anything be done to keep students plugged in for the entire semester?

Constance Staley, professor of communication at the University of Colorado, set out to answer this question when she spoke on campus April 12. Staley’s speech topic was “True Grit: Is Resilience Something We Can Teach?”

About 50 people, mostly faculty and staff, attended the presentation.

Staley said students get caught up in their daily routine of work, children, social lives, and last but not least, school. For many, school is being pushed further down on the list of priorities.

Staley offered professors ways to get involved with their students, to help them reprioritize their lives.

Some tips for professors:

“Emphasize realistic optimism.” She said professors can help students set real goals that are achievable. Have the students write personal and professional goals that they want to achieve through the semester. Then have them pick the one that they find the most challenging. That will be their goal for the semester.

“Professors would love to take each student aside and talk with them personally,” Staley said. “So why don’t we?” Students need that extra push of motivation to achieve their goals, Staley said.

“If their home life doesn’t reflect this, we need to be the ones to try,” she said.

“Ask students how much time they plan on investing in the class each week.” She said this helps students be aware of the amount of time they study. She suggested asking students each week if they studied as much as they had planned. She said most of the time, students will respond honestly, even if they haven’t studied or haven’t studied enough. Then professors should grade them by their work, good or bad. As the weeks progress, students will challenge themselves and began investing more time into each subject.

Staley also talked about the myth of multitasking.

She said many students believe they can text on their mobile phones and listen to a lecture at the same time – or think they can focus their attention from one activity to another at will. But people can’t do that, she said.

“I challenge you to try this exercise,” Staley said. “On a regular sheet of paper, draw two horizontal lines.

“Get a timer, and set it for 20 seconds. When you start it, you will write the sentence: Multitasking is worse than a lie.

“On the second line, write the numbers 1 through 27. This whole exercise should take you about 17 to 22 seconds.

Staley’s point is that it takes much more time to do this activity when moving from one task to another, which it did.

The audience noticed in the exercise that you lose track of everything. This is what happens in multitasking, she said.

Staley said students need to be taught to stay focused and on track by doing only one subject at a time. She recommends setting a schedule, or devoting one day per subject.

She said students will have to discover which approach works best for them.

“Only devote so much time to one thing by itself and you will succeed,” she said.

That’s the secret to persistence.