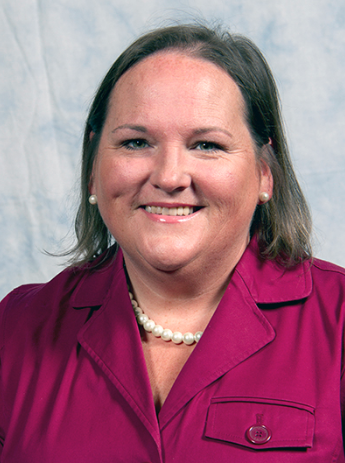 While cash-strapped students are stuck facing the financial hardships brought on by the pandemic, staff members at Oklahoma City Community College are finding ways to improve that atmosphere.

Staff from across campus started a Staff Association last week to promote collaboration and positive growth as well as work on fundraising for student scholarships.

During the first meeting, Stephanie Miller, Director of New Student Orientation and Academic Advising, said her colleague Chris Shelley, Assistant Registrar, had always championed the idea of having a staff-only group. She said she pushed for the group’s inception as a memorial to him.

Shelley died this month due to complications of COVID.

“We needed to do this, we need to change the culture here at OCCC,” Miller said. It’s time for us to use our voice to come together and grow as a community,” Miller said.

The Staff Association has created a constitution which focuses on creating positive changes for students and the OCCC community, Miller said.

Membership is open to all full or part-time employees at OCCC, excluding Faculty Members who have their own Faculty Association.

With one of the main goals for the Staff Association being fundraising, Miller said the group’s first undertakings will be to fund a Chris Shelley Memorial Scholarship, Miller said.

“I think it’s a very special way to honor our friend,” Miller said.

Miller said the group will hold their first fundraiser by June.

During the Associations first meeting, Miller said the group’s next step will be to elect board members: president, vice president, secretary, treasurer, and parliamentarian.

Anyone can suggest nominations; however, a person is only allowed to nominate one time. That nomination can be themselves or another faculty member, Miller said.

The only requirement is that a member must have been at OCCC for at least one year.

Elections will be held May 3.

Staff Association will also be involved in many collaborations, such as mixers to promote relations that include positive energy and growth, Miller said.

Staff members at the meeting said they were excited to be a part of the new Staff Association.

Katie Snow, Assistant to the Director of Financial Aid, who has been at OCCC for one year, said she was excited to be a part of something special.

“I’m really excited to see some of the things we will be doing. It’s exciting to be a part of something so special and getting to know everyone else.

Shelly Troxel Tevis, Clinical Affiliation Compliance Administrator, said she remembers when OCCC was a united family, but recent changes have caused that family feeling to disintegrate, and she is hurt to have lost that connection.

“I’m thrilled to bring back the community and relationships we lost, in addition to helping our students. That is important,” she said. “I think we are going to do great things and get this college back to what it was,” she said.

Cody Garrison, Director of Student Life, said he, too, was glad there was an association that will also focus on professional success.

“I’m excited to put this into practice and become more connected with our students and each other,” he said.

Staff Association will have a minimum of ten meetings through June and July.