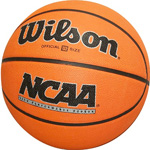 I am a huge basketball nerd so I came into the NCAA National Championship Game between Kentucky and Kansas with a certain expectation. However, most casual fans went with common sense and seeing the tradition-rich names of Kentucky and Kansas, thought it was going to be a classic matchup.

Kentucky is built on power and speed which wears players down over the course of the game. Kansas on the other hand is built on a more methodical pace which allows them to utilize their size.

Coming into the game, Anthony Davis vs. Thomas Robinson was the key matchup and also the two finalists for National Player of the Year which Davis eventually won. After watching the game it was pretty obvious that Kentucky was on a mission and whoever was in their way would get dunked on.

Kansas’ main offense is to throw down to their big men and let them score or get fouled. Unfortunately for Kansas, UK has the best big man combination in the country with Anthony Davis and Terrence Jones. Jones did a great job of standing his ground and making Thomas Robinson use skilled post moves to score which is not his strength. On offense, Jones overpowered the opposition with drives to the basket and offensive rebounds. When Jones is engaged in the game and plays like he is the best player on the floor, UK is virtually unbeatable.

Davis is one of the greatest defensive forces I have ever seen since Greg Oden while he was at Ohio State. For some reason, people expected Davis to score 30 points and dunk everything but that just is not his game. He is a smooth operator who controls the paint and rarely makes mistakes on offense and defense.

Davis is a little light as far as weight. That is why he only had six points and went one for 10 from the field which can be assets to such physical play.

Kansas tried to make a run at the end but I never saw them truly threatening UK’s title hopes. Kansas getting to the championship game is a product of North Carolina’s injury to point guard Kendall Marshall and Bill Self being such a great coach.

Overall, I was satisfied with the game but that is because I came into it with the right expectations. Kentucky was just way too talented for Kansas and it showed in the box score. Kentucky is projected to have six players drafted in the first round of the 2012 NBA Draft.